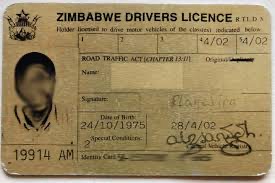 HARARE – At least 113 aspiring drivers who paid US$250 each to suspected fraudsters to be issued with driving licence discs in the comfort of their homes without undergoing the Vehicle Inspectorate Department (VID) tests, recently suffered a huge blow after police seized the fake documents before they were released to them.

The arrest of the suspects and the seizure of documents occurred barely three months after The Herald carried an investigative story in which fraudsters were advertising on social media that they can facilitate issuance of driving licences within hours.

On the advertisements, they would provide contact cellphone numbers to be used for enquiries.

Madongorere (48) is a director of Impact Designs Private Limited which operates in Harare’s central business district while Punungwe (47) is unemployed.

The Herald established that from interviews conducted by the police, most of the 113 people whose names appear on the fraudulent driving licence documents, confirmed to have paid US$250 each for the discs.

The people in question, are expected to give evidence as State witnesses in the trial of the two suspects.

Detectives at Chitungwiza Police Station received information that some fraudsters were printing forged official documents selling them to people in Harare and Chitungwiza.

Madongorere then implicated Punungwe who was subsequently arrested.

The two are in custody, having lost two freedom bids at Chitungwiza Magistrates’ Court and the High Court.

They are now back at Chitungwiza Court with a fresh freedom bid dubbed “application for bail pending trial on changed circumstances”.

A magistrate is yet to determine the application.

In April this year, two Herald journalists responded to one of the advertisements circulating on WhatsApp groups and had long chats with the scammers.

One of the advertisements read: “We will take you all the way from the provisional licence to getting a metal disc, all delivery made within a day and not more than three days for those clients living in and out of Zimbabwe (through Swift, Zimpost, Courier Connect, Fedex, DHL . . . Please note that we only offer original documents, the licences will be in the VID system. In need of a driver’s licence in Zimbabwe, take advantage of this amazing opportunity to get driving licence in no time. It’s simple, fast, reliable and genuine VID deals”.

The Herald responded to the advertisement and communicated using the given WhatsApp number (0779 146 852). The man using the line identified himself as Nelson but a check with EcoCash showed that the line was registered in the name of one Tafara Jacob Madhlira.

The WhatsApp profile picture that was used by the fraudsters, was downloaded from an online story where TSCZ and Road Rules entered a partnership in 2016.

The picture shows representatives of TSCZ and Road Rules signing the memorandum of agreement for TSCZ to provide the Road Rules mobile app with approved content on Zimbabwe traffic regulations, useful to aspiring drivers.

The Herald Investigations Editor posed as a someone in need of a Class Two driving licence and was quoted US$200. The man asked for an initial payment of $2 000 to enable him to start working on the document promising to deliver in a day.

For the deposit, the man asked the writer to send via EcoCash on 0780508294, a line registered under a different name: “Kurai Rongayi Makore”.

When the payment was not instant, the man called using a different number 0772 255 640 registered in the name of one “Tawanda Chando” until the money was transferred.

The man went quiet for some hours until he asked the writer to send a head-and-shoulder picture for use in the production of a licence. He then sent a soft copy of a licence disc bearing the picture of the writer but without a name and other details, as proof that it was now work in progress.

The man demanded an additional $3 000 saying the disc had now been processed but the manufacturers wanted their payment.

After payment of the $3 000 was done, the man became slippery avoiding the writer, until it became clear the man was a fraudster.

Another journalist from The Herald separately responded to the same advert and was charged US$120 for a Class Four licence.

He was asked to deposit $2 000 on a different EcoCash number (0779 146 852), the one used for WhatsApp communication and it was registered in the name of Tafara Jacob Madhlira.

Using the same modus operandi, the fraudster told the journalist that he had connections at VID and Central Vehicle Registry (CVR) and that once the disc is produced, the details will be punched into the CVR system.

However, The Herald had already established that the man was a fraudster and ended the chat without paying anything

HARARE - At least 113 aspiring drivers who paid US$250 each to suspected fraudsters to be issued with driving licence discs in the comfort of their homes without undergoing the Vehicle Inspectorate Department (VID) tests, recently suffered a huge blow afte...
Share via
x
More Information