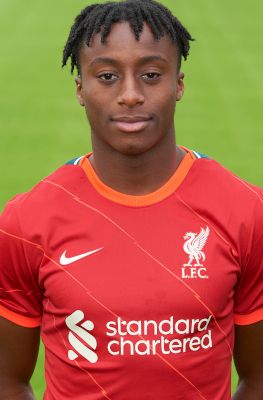 Mabaya who has played at right back in the Academy for Marc Bridge-Wilkinson’s Under 18s team, has been officially welcomed into the big league.

According to a report on the Liverpool F.C website, the young footballer has been ‘attending the Academy since the age of six.’

“Mabaya broke into the U18s team last season as a 16-year-old and was initially deployed as a wide midfielder.

“A switch mid-season saw him move to full-back, where his ability to sweep forward as an attacking option has been impressive, and he has played at right-back for Marc Bridge-Wilkinson’s U18s this term.

“Mabaya has also enjoyed England recognition at U15 and U16 levels,” read the statement on the website.

Mabaya, who was born in Preston, England to Zimbabwean parents, has been making headlines with his football skills.

Although Mabaya has lived all his life in England, he can still play for the Zimbabwean Warriors as he qualifies through his parents.

Concerns As Constitutional Amendment Bill No 2 Sails Through Parliament

Zimbabwe teenage football sensation Isaac Mabaya has signed his first professional contract with English Premier League giants Liverpool. Mabaya who has played at right back in the Academy for Marc Bridge-Wilkinson’s Under 18s team, has been officially w...
Share via
x
More Information
x