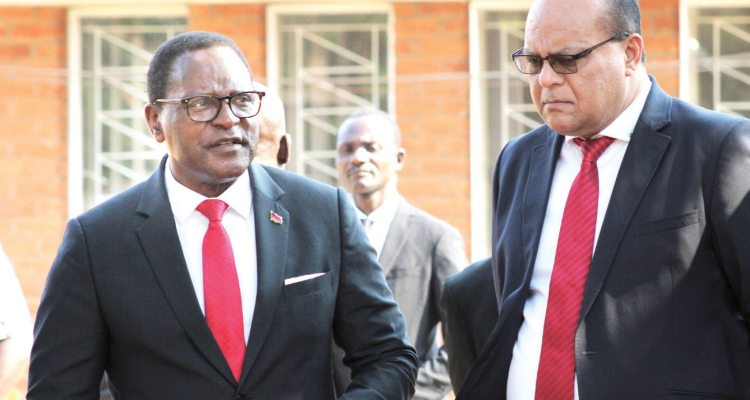 A Government spokesperson confirmed that Local Government Minister Lingson Belekanyama and Transport Minister Sidik Mia both succumbed to the disease in the early hours of Tuesday.

Subsequently, Secretary to the President and Cabinet Zanga-Zanga D Chikhosi released a statement notifying the public of the President’s declaration of the mourning period.

“His Excellency The President Dr Lazarus McCarthy Chakwera is deeply saddened by the demise of two senior Cabinet Ministers today the 12th of January, 2021.

“In view of this great loss to our Nation, His Excellency the President has directed that there be a three-day period of national mourning, from 12th to 14th January 2021, during which all National Flags should fly at half-mast in honour of the lives of Honourable Lingson Belekanyama, M.P., Minister of Local Government and Honourable Muhammad Sidik Mia, Minister of Transport, and all Malawians who have succumbed to Covid-19 this year,” said Chikhosi in a statement.

Other Cabinet Ministers also contracted the virus including Rashid Gaffer who is currently self-isolating and Ken Kandoro who has since recovered.

All 31 ministers attended a meeting in the President’s office on December 21, Kandoro reported having contracted the virus the next day.