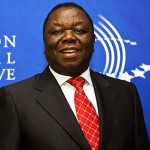 ZIMBABWE – IF the MDC-T was left for dead in the 2013 general elections, then its leader Morgan Tsvangirai was left weak-kneed and has been groping in the dark since then.

2015, which has come to an end remained a lukewarm year for him as he continued lacking in resolve and failing to show leadership.

Surveys done during the course of the year by Afrobarometer show that in the court of public opinion, Tsvangirai has lost his former glory that even saw him being a darling of western countries that have since abandoned him.

Tsvangirai’s fall has seen even his influence and power being challenged from within the MDC-T.

For one who formed his party in 1999, 16 years on, one would expect to see a battle hardened opposition leader.

However, Tsvangirai now looks somewhat afflicted by loss of motivation and seems exhausted and dejected by a prolonged time in opposition politics.

A political analyst Ricky Mukonza told The Chronicle that the fact that the MDC-T leader has been in opposition for so long without being able to capture State power works against him in that his supporters are less likely to be motivated to go and vote.

“For Morgan Tsvangirai 2015 can be described as a lukewarm year politically; this has been so ever since the 2013 elections. His party’s strategy to boycott by-elections may have contributed to this state of affairs. 2015 can also be seen as a year in which MT’s (Morgan Tsvangirai) hegemony is now being challenged from within. The emergence of a group that is proposing Nelson Chamisa as an alternative leader of the MDC-T shows that there is disillusionment over MT’s leadership, something that was unimaginable in the past,” said Mukonza.

“If the truth is to be told, opposition parties didn’t perform well in 2015. I’m saying this because they didn’t gain any new political space, instead they lost some seats to Zanu-PF. Of course MDC-T will argue that they boycotted the elections but the net effect is that political ground that belonged to opposition was lost. Also of note is that new opposition parties that were formed haven’t made any significant impact.”

The ill-fated decision to boycott polls saw the opposition losing its grip on Bulawayo, a city that was before that decision, the last bastion of MDC-T as the party had won all parliamentary seats.

This week, Zanu-PF secretary for administration Cde Ignatius Chombo said as the party went for its conference earlier this month in Victoria Falls, there was euphoria over claiming constituencies in Bulawayo.

“Another reason why the conference was a success is that all the by-elections had gone our way. There was euphoria in the party, especially for a province such as Bulawayo where we won six seats after having none in the 2013 elections,” said Cde Chombo.

“Looking forward to 2016, I can say that given the successes of the conference, and given the resounding victories in by-elections, and the fact that prophets of doom who said Zanu-PF was imploding were proven wrong, 2016 is going to be a very important year in the life of Zanu-PF.

“We’re going into 2016, bigger, stronger and more united. We enjoy a huge majority in both the National Assembly and Senate.”

He said the opposition leader’s performance has been weakened by fewer MPs in parliament and general apathy towards politics among the party’s members and supporters.

“One of the biggest mistakes he made, although this was a party decision, was boycotting by elections in 2015 as his party lost ground in places such as Bulawayo where his party was going to easily win . Numbers are important in parliament and one would have expected a boycott of the entire parliamentary process if he was really serious about making a statement about electoral reforms,” said Nkomo.

Blessing Ivan Vava, another analyst, said there was no leadership coming from opposition leaders, Tsvangirai included. “There is no opposition to talk about in Zimbabwe anymore. The opposition’s support is dwindling, bridled with factionalism and divisions due to weak and inept leadership,” said Vava.

ZIMBABWE - IF the MDC-T was left for dead in the 2013 general elections, then its leader Morgan Tsvangirai was left weak-kneed and has been groping in the dark since then. 2015, which has come to an end remained a lukewarm year for him as he continued lack...
Share via
x
More Information