ZIMBABWE – CMED (Pvt) Ltd senior officials allegedly cooked up papers which they presented to the Government purportedly showing how the $3 million in the botched fuel deal was spent, The Herald can reveal.

The Herald has it on good authority that some of the papers submitted to Transport and Infrastructural Development Minister Dr Joram Gumbo were forged and the Zimbabwe police, with Interpol’s assistance, has since unearthed the scam.

Sources said detectives handling the matter have compiled a docket that has been handed over to the Prosecutor-General’s office for assessment.

However, National Prosecuting Authority corporate affairs manager Mr Allen Chifokoyo yesterday said they were yet to receive the docket.

“We don’t know the contents of that docket because we are yet to receive it. We can only comment after receiving it and that’s our position as of now,” he said.

Although details were still sketchy, sources close to the investigations yesterday said the CMED managing director Mr Davison Mhaka, who was recently reinstated at the parastatal, was the brains behind the fictitious documents.

He is also alleged to have connived with two First Oil directors—Lynon Gilbert Katunga and Alex Kudakwashe Mahuni to fabricate the documents.

They are alleged to have gone to South Africa where they hired a man to do the ‘job’. The man was recently interviewed by police in Harare after being summoned from South Africa.

According to the documents seen by The Herald, $2,7 million was allegedly transferred to a bank in Hong Kong from Zimbabwe when the parastatal was prejudiced in 2013.

On the manufactured documents, part of the money was indicated to have been transferred to a bank account belonging to company called Micro Petroleum in South Africa from Hong Kong.

The other money was purportedly transferred to another South African ‘company’ called CK Chemicals, which is owned by one David Myburgh, Kiliana Bangure and Fanuel Kapanje.

Bangure and Kapanje are former ZB Bank senior officials who were fired after the scam was unearthed.

According to the fake documents, the other money was purportedly transferred through Micro Petroleum to one M.J Moletsane, Joyce Magosha, C. N Sejanamang, Keith Schwartz, William Mqhakayi and S.L.L Manqele.

Investigations carried out so far revealed that none of these companies exist and that not even a single transaction was made in South Africa.

The money is believed to have been withdrawn in Hong Kong by Mr Mhaka and his other accomplices.

It is also reported that the actual figure that was prejudiced was $3 million of which $300 000 was withdrawn as cash from ZB Bank while the money was about to be transferred to the offshore account.

Only $2,7 million was transferred.

Sometime last month, detectives summoned the man who was paid to manufacture the documents for questioning and he revealed what transpired.

It is alleged that after the CMED bosses discovered that a whistle had been blown, they then filed another lawsuit against First Oil at the High Court last Thursday as they find more ways to cover up.

The similar lawsuit against First Oil was once withdrawn by CMED sometime this year.

Last Thursday, CMED took First Oil to the High Court as they seek to recover $3 976 611 after the fuel firm failed to deliver the three million litres of fuel in a deal they sealed in 2013.

According to the summons that were filed, CMED is demanding from First Oil payment of $2,7m being, a refund of the amount that was paid to the fuel firm as consideration for the supply of three million litres of diesel on March 5, 2013.

The parastatal was also demanding from First Oil $665 000 as payment for damages for the cost of finance and $611 611, 84 being damages for loss of the profit that they would have realised from the sale of the diesel.

In November last year, First Oil applied to have ZB Bank and two of its managers joined to the suit, alleging first that the bank made an error when processing a payment instruction and then claiming that the two managers had been part of a set of transactions to swindle First Oil.

First Oil applied to have ZB Bank, its finance director Kapanje and Bangure joined in the civil suit. The company said an undisclosed South African private investigating company had carried out the investigations.

In December last year, the net was closing in on high-ranking officials involved in siphoning $3 million from CMED (Pvt) Ltd through a botched fuel deal with reports indicating that Transport and Infrastructural Development officials benefited from the massive scam.

Dr Gumbo said Government was now “fully aware” of what transpired and all the officials faced imminent arrest.

The botched fuel deal saw CMED paying $3 million for three million litres of diesel through an offshore account to a contracted from, First Oil.

The fuel, bought on the strength of two letters from State petroleum marketer and distributor Petro-trade, has not been delivered to date.

Questions have been raised as to why the money was paid via an offshore account and not through the supplier. 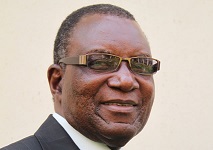 ZIMBABWE - CMED (Pvt) Ltd senior officials allegedly cooked up papers which they presented to the Government purportedly showing how the $3 million in the botched fuel deal was spent, The Herald can reveal. The Herald has it on good authority that some of ...
Share via
x
More Information
x