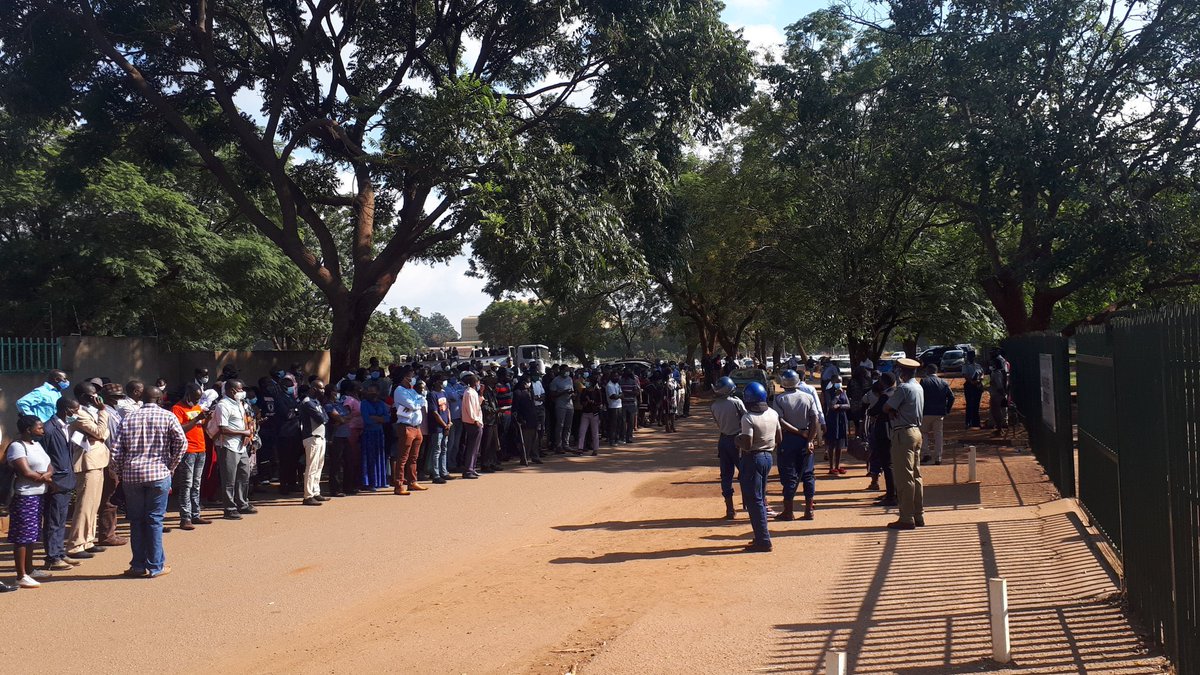 The four – Vongai Tome, Kudakwashe Batau, Patrick Shumba and Ngonidzashe Mupumba were arrested as skirmishes erupted after police disrupted an address to the media by party spokesperson, Fadzayi Mahere.

Harare magistrate Dennis Mangosi said the four were likely to abscond if released.

Tome is also accusing a police officer of fondling her during the incident.

The four have been remanded to 26 April but their lawyers are expected to launch a High Court appeal.

Haruzivishe was last week slapped with a 14 months imprisonment sentence after the courts judged him to be guilty of inciting public violence and resisting police arrest.

Hundreds thronged the area outside Rotten Row court premises in solidarity with Haruzivishe.

Heavy police presence around Harare Central Business District was witnessed on the day of the sentencing.

Uneducated councillors to be kicked out?

Mugabe Heads for the Vatican