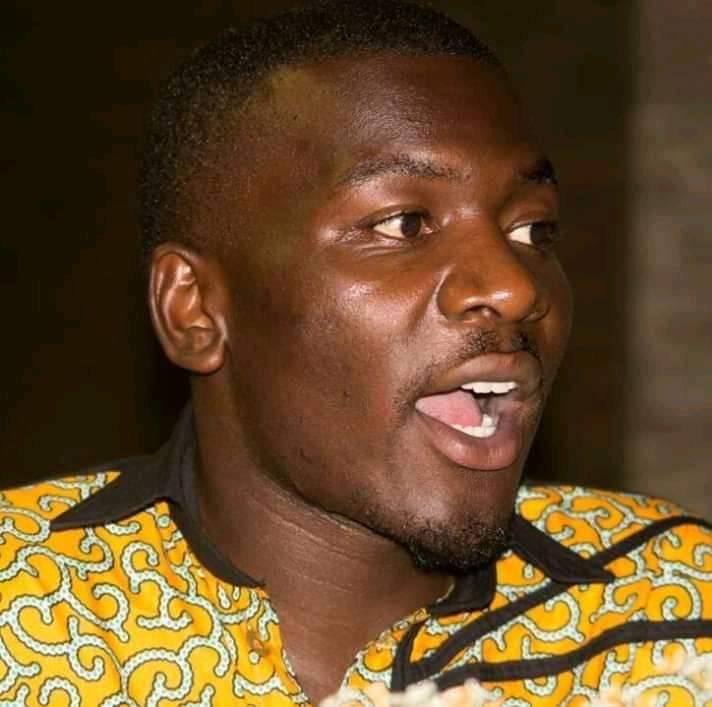 WE MUST tattoo it in our hearts that ‘I have the power, you have the power, and together we can make the change because people’s power is stronger than the individuals in power’, writes activist Makomborero Haruzivishe from his cell at Harare Remand Prison in Zimbabwe.

In case you’re wondering, I’m enduring prison quite well. I’ve been prosecuted countless times over the past decade that I made a gentlemen’s agreement with pain. Having been arrested an average of three times a year, tortured numerous times since 2011, I have come to appreciate that pain has its place and I don’t mock its power.

But it is a power that doesn’t touch my soul.

It is seven months now that, for my democratic views, I have been assigned to a condition of sub-humanity. The inhumane conditions which I am living under, with little to no rights at all, are however mentally preparing me for the day we would reclaim our humanity through making sure that #ZanuPFMustGo, by any means necessary.

It indeed would have been impossible to pull through the seven months (since 17 February 2021) without your indispensable solidarity; from #FreeMako street and social media actions, contributions for my welfare, prison visits, legal representation and continued demands for my freedom through the #MakoMonday initiative.

I greatly appreciate it and may God bless you all for the love.

Just like our bigger and collective fight for a democratic and inclusive Zimbabwe where citizens’ issues and concerns are heard and addressed, these seven months have not been an easy road.

The sacrifices of many for protesting in demand for my freedom are an attestation to that. I met a number of them in prison and at the courts; some had visible fresh torture injuries. Painful and disgusting as it is, it serves as a reminder that the main thing to remember is we are proud of what we are and what we stand for.

I know some may be interested in knowing my current prison ordeals but for obvious reasons I can’t narrate them now. All I can say for now is there are experiences that work the heart, yet leave the face unblemished, like a blow that neither bruises nor breaks the skin, but leaves a lingering soreness in the recipient. For me, my current prisoner situation is that blow.

Of the four charges I was facing in February, only one has been concluded in what was clearly a travesty of justice that resulted in my conviction and sentencing which I have since appealed against. Due to the unjust conviction, I was slain in the spirit, burnt and healed, bruised and raised, crucified and resurrected.

This solidifies in me the art of endurance. Yes, ENDURANCE is the word. I knew the word but never had the opportunity to really “feel” it, “touch” it, but was forced by circumstances imposed on me by Emmerson Mnangagwa’s dictatorship to live it. Indeed I’m living it, and I’m not so blind to military state capture to believe that it will end any time soon, as the subsequent capture of the justice system can prolong the seven months I have endured to seven years through more unjust convictions, but to me it doesn’t matter anymore. I will endure it to the very end.

You know, we have to face the facts; things aren’t getting any better. They are getting worse. All we are asking for is a Zimbabwe where every child gets a fair chance of quality education and every adult gets a fair chance of a decent earning, but all we are getting is corruption and abuse — yet in 2017, many believed things have changed, but they changed for the worse.

Just another dictator, ED, with an even worse agenda; the perpetuation of military state capture, a worse type of governance with an increasingly ruthless, ever widening network to act it out.

Who knew before 2017 that there is a terror network of state agents called the “FERRET” squad who would be deployed against unsuspecting citizens with specific order to abduct, torture and harass them?

Who knew before 2017 that there was a car rental company called IMPALA that is contracted by the government to ferry terror squads to our homes and move citizens to torture bases.

Because of such terror networks that are sponsored with our taxes; thoughts of real death, not the remediable conceit now of imprisonment as a unique death, becomes an insistent, strident companion to such an extent that when gunshots were fired during my arrest: I was ready.

Despite all this, we must never waver from the fact that justice is the first condition of humanity, and we deserve pure, undiluted justice.

We must tattoo it in our hearts that “I have the power, you have the power, and together we can make the change because people’s power is stronger than the individuals in power”.

With this tattoo we must action our power through exercising our constitutional rights of freedom of assembly, association, demonstrate and petition in the streets, freedom of expression on social media, for now is the right time to stop agonising and intensify organising. After all, we are the ones we have been waiting for.

More importantly comrades and friends, we must register to vote because after all is said and done, all popular democratic revolutions end in the ballot box.

Worry more about yourselves, the future of our beloved Zimbabwe, the next generation — and worry less about me, for I definitely will come out, sooner or later, dead or alive.

After all, as I was enduring my birthday on 23 April, yeah, ENDURE, because birthday in prison is unlike birthday anywhere else. In prison, one doesn’t exactly celebrate their birthday, one ENDURES it. As I turned 29 years old, I reminded myself that some say life begins at 40, so I’ve got 11 years to 40. But since the life expectancy for Zimbabwean men is around 30 years, I cherished the realisation that I have already lived a full life, so either way I am in charge!

Makomborero Haruzivishe (“Mako”) is a people’s rights activist in Zimbabwe. He was arrested on 17 February 2021.

On 31 March he was convicted of “inciting public violence and resisting a peace officer”. The State’s case against him was that on 5 February 2020 Haruzivishe “blew a whistle to alert protesters to pounce on police during a protest”.

On 6 April 2021, magistrate Judith Taruvinga sentenced him to 24 months in prison with 10 months suspended. The prosecutor, Moses Mapanga, had argued for this unjustifiable custodial sentence.

Haruzivishe’s lawyers, Kossam Ncube and Obey Shava, of Zimbabwe Lawyer for Human rights, appealed against the conviction. On 3 May, Justice Webster Chinamora heard submissions from both the State and defence, and reserved judgment. Then, in clear violation of Haruzivishe’s rights, Justice Chinamora held on to the judgment for more than two months.

Only on 15 July did he rule to grant Haruzivishe Z$10,000 bail as he said his appeal had prospects of success. He was then transferred from Chikurubi maximum security prison to Harare remand prison, but instead of going home, because he has other cases pending for which he was denied bail, he remains in prison.

It has been five months since Haruzivishe was wrongfully imprisoned.  Activists in Zimbabwe and around the world are demanding his release as he hasn’t committed any crime. Makomborero is a youthful voice speaking against injustices carried out by the Zanu-PF regime. Speaking out peacefully is not a crime!

They are calling upon the United Nations to put pressure on the government of Zimbabwe to do the right thing.

The #FreeMakoNow campaign seeks to highlight the plight of human rights activists who are being persecuted as the regime intensifies its efforts at closing democratic space by criminalising and outlawing the right to peaceful protest. They have planned a set of initiatives to let the world know of the infractions on rights being committed by the Mnangagwa regime, and are coordinating both social movements and civil society to speak on the matter

Mako Haruzivishe WE MUST tattoo it in our hearts that ‘I have the power, you have the power, and together we can make the change because people’s power is stronger than the individuals in power’, writes activist Makomborero Haruzivishe from his cell ...
Share via
x
More Information