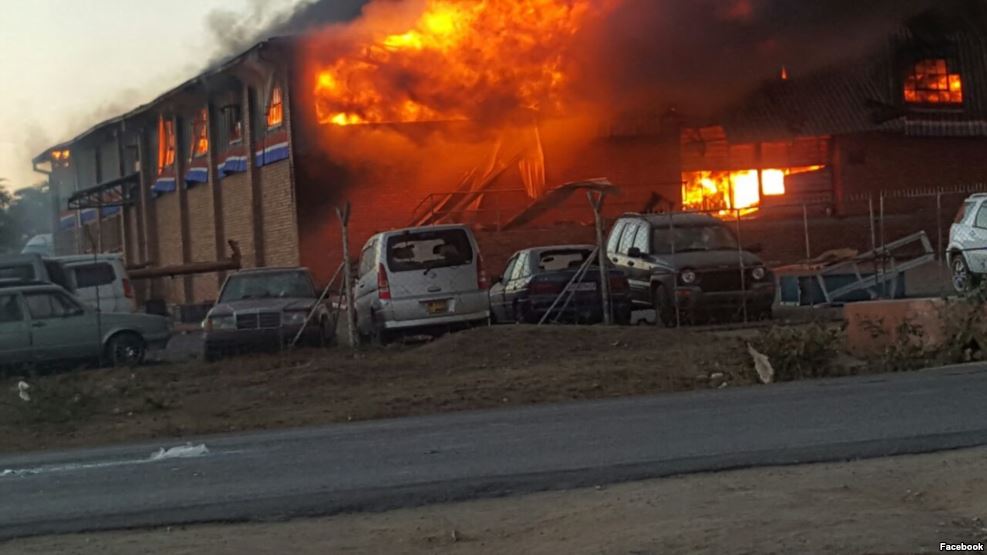 HARARE – Police in Zimbabwe have fired tear gas and water cannon at opposition supporters who had gathered for a protest march in the capital, Harare.

They have also beaten up people wearing red T-shirts, the colour of the opposition Movement for Democratic Change party (MDC), a BBC reporter at the scene says.

Protesters are calling for electoral reform ahead of polls in 2018.

Leaders from 18 opposition political parties have called for Zimbabweans to march through Harare today as part of a so-called “mega demonstration”.T

The High Court ruled on Friday morning said that the planned opposition march could go ahead, a day after police warned that unauthorised demonstrations would not be tolerated.

Public protests, which used to be relatively rare in Zimbabwe, have proliferated in recent months, focusing on the dire state of the country’s economy.

Previous protests have made it clear who is being blamed for the economic turmoil.
Most of these have come under the banner of the movement, inspired by charismatic pastor Evan Mawarire, who has urged non-violent protest over perceived corruption and economic mismanagement.

Tsvangirai may be charged for ‘judiciary insult’