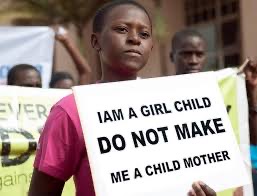 MASHONALAND CENTRAL – A 14-Year-Old girl was given into marriage to a Glendale farmer who already has five wives.

Her parents, of the Johanne Marange sect, have sent tongues wagging in Gunguwe village for letting their two daughters marry Moven Vhiga believed to be in his early 50s from the same church.

The teenager is pregnant.

Vhiga told H-Metro over the phone that he agreed with his victim’s parents to take her away until she gives birth.

He failed to attend their Saturday Sabbath to avoid H-Metro lenses.

“I know her and agreed with her parents to take her to Mhondoro for prayers until she gives birth,” said Vhiga.

“She was not feeling well that is why we agreed to take her away from home.

“She will continue with her education upon her return,” said Vhiga refusing to answer further questions.

When H-Metro visited Nyamunetsa village, the victim’s parents were reported to have locked themselves in their bedroom thinking that the crew were law enforcement agents.

“The girl was staying with her sister married to Vhiga since schools were closed during lockdown,” said Rudo Tsuro who is one of Vhiga’s trusted lieutenants.

“Her father and mother are not reachable at the moment and have no mobile phones on them.

“In most cases it is done to protect your marriage and in this case her sister is the fifth wife and she is the sixth.

“Decision was made by Mai Praise not her parents although villagers are blaming poverty.

“Yes the girl was supposed to sit for her Grade 7 examination this year but I do not see it happening because of this marriage,” said Tsuro.

She indicated that the mother had taken the victim to Mhondoro to allow the noise created by the story to die down.

At Vhiga’s homestead there are five huts. Seventeen children born to Vhiga were at the homestead.

Vhiga’s elder son with two wives had similar sentiments to his mother only identified as Mai Daniel.

Reports circulating in the village were that Vhiga was expecting police detectives following complaints by villagers against sexually abusing the girl as well as abusing his kids by denying them access to education.

A villager appealed to health officials to visit Johanne Marange shrines and address them on child spacing and importance of education and health as a way of rescuing a number of lives.

“It is so pathetic that Vhiga is not only sexually abusing women but killing his children’s future.

“They are attracted by his Noah vehicle and the grinding mill but health and education for children has been denied.

“That latest wife has been barred from furthering her education.

“We are appealing to health officials to take this issue seriously in order to rescue innocent children.

“If they can visit Johanne Marange shrines to address them on education and child spacing,” said the villager.

Tsvangirai should not start what he can’t finish

MASHONALAND CENTRAL - A 14-Year-Old girl was given into marriage to a Glendale farmer who already has five wives. Her parents, of the Johanne Marange sect, have sent tongues wagging in Gunguwe village for letting their two daughters marry Moven Vhiga belie...
Share via
x
More Information
x