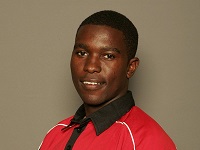 After a demeaning 3 -2 home One Day Internationals series loss to minnows Afghanistan back in October, Zimbabwe inexplicably failed to chase down a 131 target against the same opposition in the first of another five match series in Sharjah, United Arab Emirates on Christmas day.

Zimbabwe was bowled out for just 82 runs in a run chase that never really got going as wickets tumbled with alarming regularity and eventually lost the encounter by 49 runs to give the Afghans a 1-0 series lead.

The two teams clash again in the second ODI match on Tuesday at the same venue, with Zimbabwe hoping to level the series
Captain Elton Chigumbura top scored with 28 as opener Peter Joseph Moor, making a return to the team, managed 21, while Graeme Cremer was the only other batsman to reach double figures on 12 not out as the rest of the team got six runs and below including three ducks.

Dav Whatmore’s team failed to deal with the spin pair of Amir Hamza, who took four for 17 and Mohammad Nabi who claimed three wickets for just 15 runs.

Zimbabwe’s defeat ruined the day for Cremer who had had a splendid performance with the ball in which he took five wickets for 20 runs in 9,5 overs to help restrict the associate Asian side to a relatively low total.

Whatmore may have shot himself in the foot when he decided to leave experienced batsman Hamilton Masakadza as well as the country’s best strike bowler Tinashe Panyangara out of the match day squad, especially after all-rounder Sean Williams was ruled out of the tour by injury.

However depleted the team appeared, it still looked far much stronger on paper than Afghanistan, especially with the likes of Chamu Chibhabha, Craig Ervine, Sikandar Raza Butt, Chugumbura and Waller on the line up.

Masakadza and Panyangara are set to make a return to the team, with Taurai Muzarabani and Richmond Mutumbami or Moor making way.