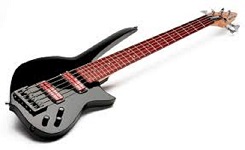 In the title track, he addresses the dangers of corruption in the society and how it has affected the development of the nation.

“Corruption has become our number one enemy since it causes a lot of suffering in our country and I saw it fit that it should be talked about.

“It has become part of our life and is like an enemy who lives among us and that enemy needs to be dealt with.

“In fact, corruption needs to be dealt with before it becomes something that we cannot control,” he said

To complement this album, the musician said he is also working on the videos.

Last year, he released an album titled Wrong Turn which he said got fair airplay on radio stations.

“I believe I’m in the right track as my music is being loved by many sungura fans, some of the songs in the album have made it in on the star FM charts,” he added.