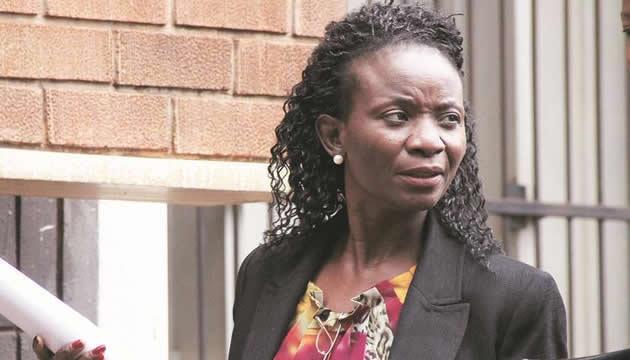 ZIMBABWE- HARARE – Troubled national airline Air Zimbabwe has been forced to re-instate its jailed Company Secretary Grace Pfumbidzayi, who is serving a seven-year sentence at Chikurubi Maximum Security Prison after being convicted of fraud.

The bizarre twist comes after a Labour arbitrator’s ruling that Air Zimbabwe did not follow proper procedures in dismissing Pfumbidzayi from her former position of acting managing director.

Although she has been in prison after being convicted for criminal abuse of office in a $10 million insurance scam she could now be entitled to more than $100 000 in compensation. Pfumbidzayi is still appealing both her conviction and sentence at the High Court.

According to a report in the Standard newspaper, Pfumbidzayi was reinstated in a letter dated 4 August 2015, signed by the acting manager in the human resources department who was identified only as Munkhodya.

“We make further reference to the Arbitral Award by T Zimudzana reinstating you to the position of Acting Managing Director,” Munkhodya wrote.

“Whilst Air Zimbabwe (Pvt) Limited does not agree with the conclusion reached by the arbitrator, Air Zimbabwe has taken a decision to reinstate you to your former position as Acting Managing Director.”

He added: “You are hereby supposed to return back to work with immediate effect and we advise accordingly and look forward to seeing you at work.”

Her lawyer Gondai Sithole of Mawire and Associates confirmed the letter.

“It’s true that Air Zimbabwe wrote to her reinstating her to her position but now we will be entering into discussion on how we will proceed as it is common cause that currently she is incarcerated, “Sithole said.

“It now depends on her High Court appeal ruling, but for now her reinstatement means she is entitled to all benefits that accrued to her while dismissed as case law is clear that when one is reinstated, it’s assumed they were never dismissed.”

Zimbabwe: Where is the President?