Allegations on husband by wife for not taking care of her 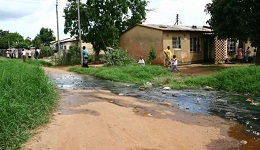 A Harare man has been dragged to the Harare Civil Court court by his wife whom he had abandoned together with their children in the rural areas.

Simbarashe Chidhau was yesterday dragged to the maintenance court by his wife Margret Dube whom he had abandoned in the rural areas to take care of his three kids while he enjoyed life in the city with a mistress.

Margret who is claiming a sum of $100 said that she was still married to Simbarashe and that she had come to Harare to get some money from him only to find him staying with another woman.

“Simbarashe and I are still married, I stay in the rural areas with our children and he works and stays here in Harare as a garden boy.

“After a long time without hearing from him I decided to follow him to the city so that I can get money to cater for our children’s needs only to find him staying with another woman,” she said.

Simbarashe denied being married to Margaret but claims that she ran away to stay with another man.

“As far as I know, this woman fled from our matrimonial home in 2010 to stay with another man, I cannot afford to give her the $100 that she wants, and I can only manage $40.

“She is also claiming that we have three children which is false again because the third child actually belongs to my late wife,” he said.

When asked by the magistrate presiding over the case Barbara Mateko, where the child was, Margret said she was taking care of the child while Simbarashe said the 16 year old child was staying alone in the rural areas.

Simbarashe was ordered to pay $70 by Barbara Mateko who was the magistrate presiding over the case.

Allegations on husband by wife for not taking care of her