ZIMBABWE – Former editor of The Sunday Mail Edmund Kudzayi was allegedly duped of a motor vehicle worth $3 000 by the late James “Jimmy Jimalo’’ Chiyangwa’s son in a botched car deal.

He denied the allegations and was remanded to February 10 on $50 bail.

His bail conditions included residing at the address he gave to the court and not to interfere with witnesses.

The court heard that he then gave Shonhiwa a car, Honda CRV, as surety for payment.

Allegations are that the car Chiyangwa gave away as surety belonged to Kudzayi.

Chiyangwa had allegedly given the car away without Kudzayi’s consent.

The State alleges that on different occasions Chiyangwa would return to Shonhiwa and borrow more money.

It is alleged that Chiyangwa borrowed $2 240 in total.

The State further alleged that in November, Chiyangwa approached Shonhiwa and told her he was selling the car he had given her as surety in order to settle his debt.

He allegedly sold the car for $3 000. The court heard that Chiyangwa and Shonhiwa signed an agreement of sale yet Chiyangwa was fully aware that the car was not his.

The matter was reported to the police leading to Chiyangwa’s arrest. Value of property prejudiced was $3 000 and nothing was recovered. 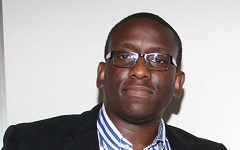