ANC delegation jets in; Magashule says ‘we will meet whoever we need to meet’ 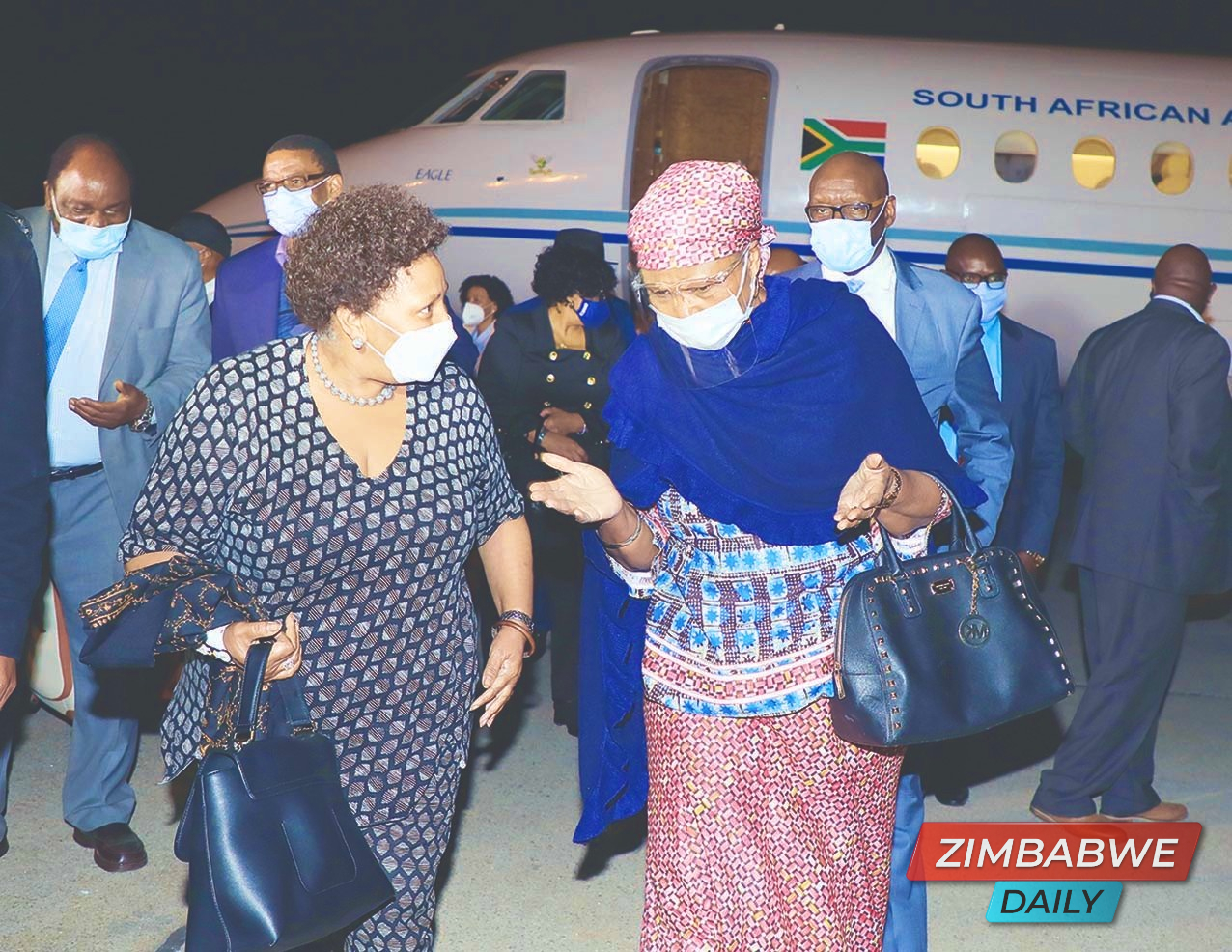 HARARE – The African National Congress (ANC) delegation to Zimbabwe jetted in the country yesterday at night for the much anticipated visit.

The delagation is led by the ANC Secretary General, Ace Magashule and comprises of senior party and government officials that include Lindiwe Zulu and Samson Gwede Manatashe among others.

It is hoped that the delegation has come to make broad consultation about the ongoing situation in Zimbabwe. This follows a disappointing visit by the SA government sent special envoys last month who returned to South Africa without meeting other political parties after they were reportedly blocked from doing so by President Mnangagwa.

When asked about the visit at the airport, Magashule said ” we are here in Zimbabwe, we are going to meet Zanu-pf as the ANC and we will engage and take it from there.”

“There are many others who want to meet us and obviously we will meet whoever we need to meet but our meeting is for Zanu-pf now.”

The delagation is expected by many to make consultations with various civil society groups so as to get a clear picture of what is happening in Zimbabwe.

Cyril Ramaphosa made it clear that the ANC NEC had expressed that this delegation should meet all stakeholders.

However Zanu-pf also released a press statement insisting that this was just a meeting between two sister revolutionary parties and that ANC was in the country to meet Zanu-pf only.

“Following inquiries from various quarters and our friends in the media in particular on the purpose about this meeting. Zanu-pf wishes to make it categorically clear that this is a meeting between Zanu-pf delegation and the ANC delegation only.”

This meeting comes as the Zimbabwean government is facing extensive pressure from both local and the international community to address the deepening crisis the country is facing.

Ramaphosa has also been pressured to intervene in Zimbabwe and this has led to the sending of this second delegation to Zimbabwe in just over a month.

ANC delegation jets in; Magashule says 'we will meet whoever we need to meet'

HARARE - The African National Congress (ANC) delegation to Zimbabwe jetted in the country yesterday at night for the much anticipated visit. The delagation is led by the ANC Secretary General, Ace Magashule and comprises of senior party and government offi...
Share via
x
More Information