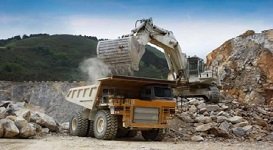 ZIMBABWE – Anjin Investments Private Limited has said the recently forced shutdown of its diamond mining operations and eviction from the mining site in Chiadzwa was in breach of the Agreement on Encouragement and Reciprocal Protection of Investments between Zimbabwe and China.

In an urgent chamber application filed at the High Court on Wednesday, Anjin argued that the Ministry of Mines and Mining Development and the police did not follow due process in evicting the company from Chiadzwa and that in terms of the agreement signed by the two countries, such conduct was unacceptable.

Anjin Investments becomes the second diamond company to seek the intervention of the High Court, after Government ordered all diamond companies to stop operations, following their refusal to join the Zimbabwe Consolidated Diamond Company (ZCDC).

In its case, Anjin cited Minister of Mines and Mining Development Walter Chidhakwa, Minister of Home Affairs Ignatius Chombo and Commissioner-General of Police Augustine Chihuri as respondents to the application in their official capacities.

In a founding affidavit deposed by Anjin director Mr Zhang Shibin, the company said it had invested more than $100 million in the project and it employed thousands of locals.

“In terms of the agreements, no expropriation or similar measures against an investor’s rights in Zimbabwe may be taken without following due process and against payment of compensation,” said Mr Shibin.

Anjin contends that the process was illegal in that Government did not allow them to make representations on the issue to the permanent secretary (in the Mines and Mining Development Ministry) as per agreement. The company argued that Government’s process was flawed in several respects.

“The first respondent cannot, with respect, summarily cancel the applicant’s rights in the special grants without following the due process and affording the applicant the right to make representations on the alleged defect in title.

“The decision to invest was based on the representations made by the first respondent (Mines and Mining Development Ministry), which issued the special grants and applicant’s expectation was that the special grants would remain valid for as long as mining operations were viable to recoup the investment made by it, to adequately develop and work the large hectares covered by the mining claims,” reads the affidavit.

Zimbabwe seeks $1.5B to prevent starvation due to disastrous drought

ZIMBABWE - Anjin Investments Private Limited has said the recently forced shutdown of its diamond mining operations and eviction from the mining site in Chiadzwa was in breach of the Agreement on Encouragement and Reciprocal Protection of Investments betwe...
Share via
x
More Information
x