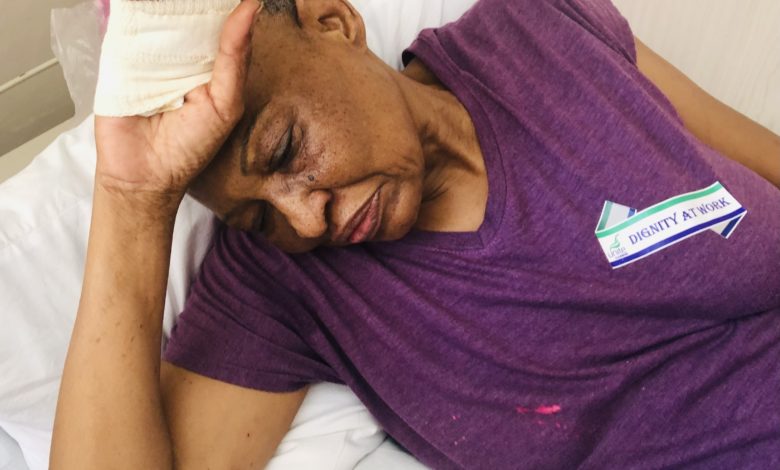 Reports say the armed men broke into her Sauerstown home in Bulawayo around 4am.

Khumalo had to be admitted at a local hospital after sustaining serious injuries from the beatings she received on her head and knees with a knobkerrie and a stab wound on her hand.

“They started beating me up and ordered me to tell Honourable Khumalo to stop moving all over the show and be quiet. They struck me on my head first, hammered my knees and one of them took a knife and aimed for my head. I instantly raised my hand and was stabbed on my palm. I collapsed after the attack,” she said during an interview with CITE who tracked her after the incident.

The attackers left the house with a 64-in flat-screen television set, a laptop and three cellphones.

Do Not Take The Law Into Own Hands, Police Warn The Public

BULAWAYO - MDC Alliance national chairperson Tabitha Khumalo was on Saturday morning brutally attacked by two unidentified armed men. Reports say the armed men broke into her Sauerstown home in Bulawayo around 4am. Khumalo had to be admitted at a local hos...
Share via
x
More Information
x