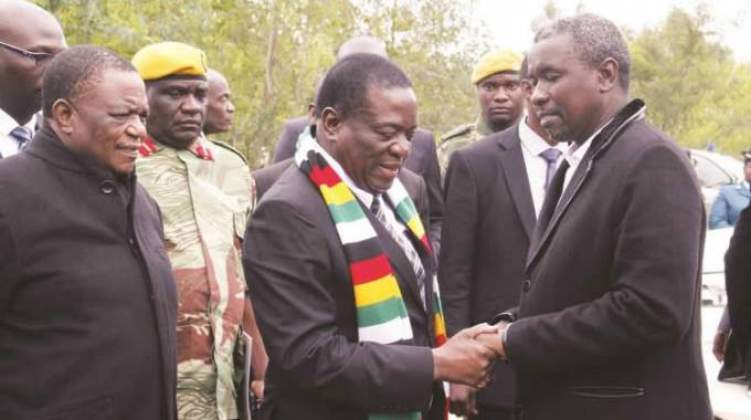 ZIMBABWE – Zimbabweans from across the country have called on Zimbabwe Republic Police to also go after business tycoon Kuda Tagwirei after video footage emerged showing him at a New Year’s party in violation of the restrictions put in place.

ZRP has confirmed the arrest of scores of people for violating Covid-19 regulations which specifically banned festive season parties.

After public outcry, Police moved swiftly and arrested some who had attended a bash in Mbare on New Year’s Eve. They also swept in on 200 teenagers who were hosting a party in Westgate.

However, authorities remain silent on the video showing Tagwirei also attending a party, which is considered another potential super spreader for Covid-19.

This has led to citizens questioning the selective application of law which has seen the Sakunda boss still walking scot-free.

Exiled former Minister in Robert Mugabe’s government, Jonathan Moyo said this is a test which was likely to expose ZRP’s disrepute

“Dear Nick Mangwana. Please explain the absolute failure by the authorities to enforce the curfew and the fireworks ban. We had the worst, loudest and longest display that I have seen in Harare in years. Absolutely no police anywhere. And how could Kuda Tagwirei host a posh party?” said one citizen on Twitter.

“Ko Tagwirei was hosting a whole party paNew Year. It’s so obvious nobody will lay hands on him,” wrote anoher.

“Stop grandstanding and posturing. ZANUPF yakaita rally kwaChivi why didn’t you arrest them? Khupe naMwonzora had an EOC amidst COVID  then Tagwirei threw a party? Are those animals more equal than those youths? Be serious this is a serious situation,” said another.

ZIMBABWE - Zimbabweans from across the country have called on Zimbabwe Republic Police to also go after business tycoon Kuda Tagwirei after video footage emerged showing him at a New Year's party in violation of the restrictions put in place. ZRP has conf...
Share via
x
More Information
x