ZIMBABWE – President Robert Mugabe has been advised to apologise for the Gukurahundi massacres of the early 1980s that left an estimated 20 000 people dead mainly in Matabeleland and the Midlands.

Speaking in an interview on Sunday at the weekend, respected politician and former education minister in the government of national unity David Coltart said if the increasingly frail nonagenarian did not take this important step, he would never find peace.

Coltart said it was not too late for Mugabe to deal with the emotive issue that had not been addressed for the past three decades, leaving many people angry and bitter.

“The wonderful fact about God’s grace is that God is always prepared to forgive our transgressions if we admit them and ask for forgiveness. The same applies to (Robert) Mugabe and all the perpetrators of the Gukurahundi.

“In addition, I have found that the people of Zimbabwe are remarkably forgiving. The vast majority have forgiven whites for the transgressions of racial discrimination and the horrors of the 1970s war, and I have no doubt that a similar attitude will be demonstrated if Mugabe apologised,” he said.

However, for this to happen, Mugabe needed to ask for forgiveness in a genuine way, a move that Coltart said needed to be accompanied by an attempt to redress the wrongs of the past, in particular the marginalisation of some areas and regions.

“The government must acknowledge that what happened happened, namely that thousands of innocent Zimbabweans were killed unlawfully in cold blood.
“Those responsible for these atrocities should ask for forgiveness from the surviving victims of this sad chapter of our history,” he said.

The closest that Mugabe has come to apologising for the massacres was when he described Gukurahundi as “a moment of madness”, something critics say was not adequate and lacked sincerity.

Coltart said Mugabe and his ruling Zanu PF party should also announce programmes to “correct the injustices through communal reparations” that could be repaid “in the form of construction of roads, hospitals, clinics and schools in the affected areas”.

He said measures should also be introduced to ensure that the remains of those still lying in mass graves are exhumed, identified, returned to their families and reburied at government expense.

“The history of what happened should be included in the educational curriculum so that future generations learn about what happened and its lessons so that we never repeat these horrors again.

“Laws should be introduced to ensure that some people, who for example still can’t get birth certificates, should have their rights respected,” he sad.

The former Cabinet minister said the only way for Zimbabwe to have meaningful and everlasting peace was through confronting the past.

“There remains thousands of victims of Gukurahundi whose rights are still denied. The failure to address this blot on our history continues to fester.

“We will never know real reconciliation and peace in our country until we confront our past, not just regarding the Gukurahundi but also the 1970s war.
“It is important that these sad chapters be closed so that the nation moves forward.

“This is not a case of reopening healed wounds, but a case of healing wounds which still rot and fester just below the surface,” he added.

Recently, Zanu PF elder Cephas Msipa penned a book that set the cat among the pigeons within the ruling party and government circles, as it raised questions around Gukurahundi and Mugabe’s reluctance to ask for forgiveness.

In the incisive book titled In Pursuit of Freedom and Justice: A Memoir, Msipa — a close ally of Mugabe — dismissed the official massaging of narratives on the Gukurahundi atrocities as “a moment of madness”, saying as the massacres happened over a period spanning more than five years, and they could not therefore be described as such. 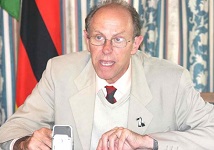 ZIMBABWE - President Robert Mugabe has been advised to apologise for the Gukurahundi massacres of the early 1980s that left an estimated 20 000 people dead mainly in Matabeleland and the Midlands. Speaking in an interview on Sunday at the weekend, respecte...
Share via
x
More Information
x