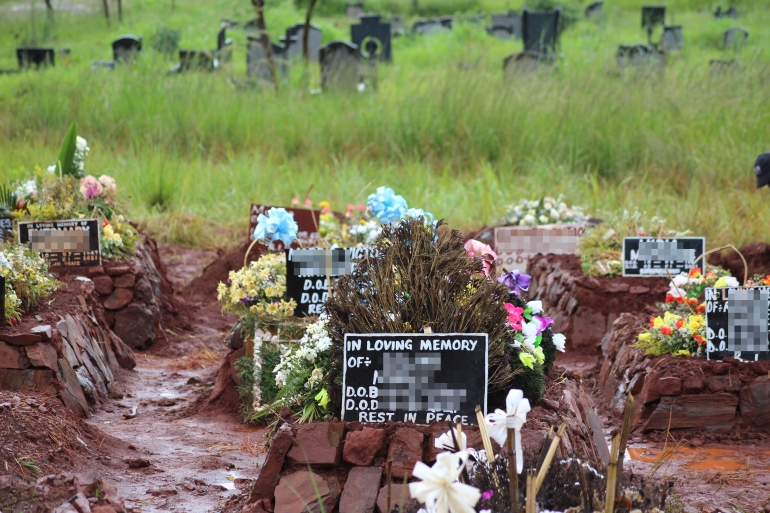 CHITUNGWIZA – A Chitungwiza woman was barred from her husband’s funeral which was moved from her house to the in-laws’. Margaret Chinogurei, 44, was humiliated and ordered to watch her hubby’s burial from a distance.

Chinogurei’s mother in-law Annastancia Rhoda Bando was reported to have uttered vulgar words that startled mourners and went on to accuse the former of bewitching her late son Vengai ‘Rambo’ Bando, 59.

Gogo Bando went on to demand a beast and a goat from Chinogurei as fine so that she attends her husband’s funeral wake at the in-laws’ house.

Rambo, as he was affectionately known in soccer circles, was found dead at his house along Gunguwo Street in Zengeza 2 and post-mortem results showed high blood pressure as cause of death.

Narrating her ordeal to H-Metro, Chinogurei said she was humiliated and pained as she was not allowed to take part in her husband’s funeral proceedings.

“My health has not been sound for some time and when I visited a pharmacy for medication, I found my husband dead.

“His relatives teamed up against me accusing me of bewitching my husband.

“We built the house together but his relatives decided to address mourners that they were changing funeral venue.

“I was ordered to remain outside the gate at my mother-in-law’s house where they took my husband’s body to.

“They accused me of calling Gogo Bando a witch and asked me to pay a beast and a goat as fine to be allowed to enter her gate.

“After paying a goat they denied me access to the house but instead hired a woman they claimed was my husband’s second wife to be by Rambo’s coffin side. The woman was paid to mock me and I became a laughing stock at my own husband’s funeral.

“They went on to buy new clothes to dress the body calling me a witch,” said Chinogurei.

The late Rambo’s neighbours told H-Metro that they had also been denied access to the funeral and their contributions were rejected because they sympathised with Chinogurei.

“There was drama and Gogo Bando was not comfortable to attend her son’s funeral at my late brother’s house considering her differences with Chinogurei,” said Tawanda.

“Gogo Bando claimed that Chinogurei had called her a witch and she was fined for the utterances.

“She has gone to Mutoko to attend another funeral and is expected back later today,” said Tawanda.

Rambo was laid to rest at Unit L cemetery in Chitungwiza.

No local camp for Warriors squad ahead of Ghana match

CHITUNGWIZA - A Chitungwiza woman was barred from her husband’s funeral which was moved from her house to the in-laws’. Margaret Chinogurei, 44, was humiliated and ordered to watch her hubby’s burial from a distance. Chinogurei’s mother in-law Anna...
Share via
x
More Information
x