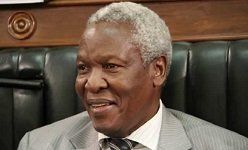 ZIMBABWE – War veterans are set to convene their crunch meeting in Harare on Thursday with Defence Minister and Zanu-PF secretary for War Veterans Cde Sydney Sekeramayi yesterday saying the gathering should be held under the spirit of unity and discipline.

The initial meeting, which was slated for February 18, was called off after it emerged the freedom fighters had not notified the relevant authorities, while police had not cleared it.

Police had to use tear smoke and water cannons to disperse the war veterans who had gathered at the City Sports Centre in Harare and their leader Cde Christopher Mutsvangwa later received a toungue-lashing from ZNLWVA Patron, President Mugabe for being irresponsible.

Chief Spt Saunyama, who handles the clearance issues, said he could not comment over the phone.

Cde Matemadanda said all was in place for the indaba.

“Police were notified and we have their permission in writing,” he said. “The meeting that failed to take place on the 18th of February is now going to be held on the 3rd of March at the Harare International Conference Centre because indications are that a lot of people are coming. We want to thank the security Ministers, all of them, for seeing no danger in us holding this meeting. We know comrades are going to come and on this note want to call all of them, those that were invited to come in their numbers for this very special meeting.”

Asked to avail the letter, Cde Matemadanda later said he was out of town and the clearance letter would only be available today.

The other two Ministers in the security sector are Cdes Kembo Mohadi (National Security) and Ignatius Chombo (Home Affairs).

Cde Mohadi said: “I am not in (the) Home Affairs (Ministry), I don’t deal with meetings anymore,” while Cde Chombo said: “They do not book the meeting from us, that’s not our business. It is a district level matter handled by the Dispol.”

Cde Matemadanda, who had members of the ZNLWVA national executive during the press briefing, said indiscipline would not be tolerated at the meeting.

He said as war veterans, they were proposing for the establishment of a Military Commission, which would protect the country’s legacy.

“There are people who are going to try to find faults and we want to shame those,” Cde Matemadanda said.

He added: “You cannot separate politics from the gun just like you cannot separate independence from the fighters. We have seen that if there is no proper linkage between the party and the military institutions, then we might continue to have problems like we had on the 18th.

“If you go to America, they have a Joint Military Commission which advises even the presidium and in our case it should advise the Politburo on how to go on security issues. Just close to us in Tanzania, they have the same arrangement. The first thing China did after attaining independence was to set up a political administration and on its side a military administration that works day in day out on how the country is managed and this is what we are proposing. Without it, we might end up losing the legacy of our freedom, which can be disastrous.”

He took the time to congratulate President Mugabe for attaining 92 years and commended the Zanu-PF Youth League for organising superb celebrations for the Zanu-PF First Secretary and President in Masvingo last Saturday.

He added: “Comrades are also going to discuss the speech made by his Excellency (President Mugabe) when he was President of Zanu in 1977 on how the party is commandeered, what policy is followed, and how it is followed. This, if followed is going to remove from Zanu-PF this thing of people crafting laws day-in-day out. That is not the Zanu-PF way,” he said.

ZIMBABWE - War veterans are set to convene their crunch meeting in Harare on Thursday with Defence Minister and Zanu-PF secretary for War Veterans Cde Sydney Sekeramayi yesterday saying the gathering should be held under the spirit of unity and discipline....
Share via
x
More Information
x