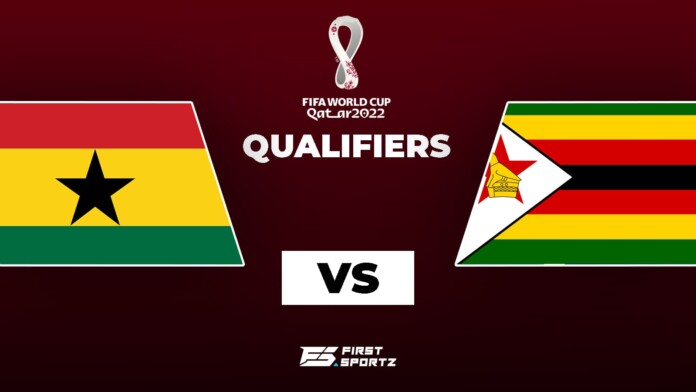 HARARE – If the Warriors wanted a David versus Goliath fairytale, to inspire them ahead of tomorrow’s 2022 World Cup battle against the Black Stars, they only need to borrow a template, from lowly Central African Republic.

Affectionately known as the Wild Beasts, the CAR are considered one of the weakest football nations on the continent.

They have never qualified for the AFCON finals in their history.

Until yesterday, they had lost seven of their last nine games, including a five-goal thrashing at the hands of Rwanda, and a foul-goal hammering, against Morocco, while drawing two of them.

They don’t even have a home ground to host World Cup qualifiers, after their stadium was condemned by the Confederation of African Football, of being unsuitable, for such type of matches.

Instead, they now host their matches, in the race for a place in Qatar next year, in Cameroon.

However, on another night when football showed that it’s not really about superstar names, but about teams, the Wild Beasts went to the Teslim Balogun Stadium, in Lagos, and beat the Super Eagles 1-0.

Karl Namnganda, who plays in the third-tier of the French League, the Championnat de France National, for semi-professional club, les Herbiers, struck the only goal of the match in the dying moments.

And not even the introduction of the Super Eagles former captain, Ahmed Musa, who was one of their best players at the 2018 World Cup in Russia, could change the script.

The Nigerians could not even master a single shot on target despite fielding a team, drawn from top leagues across Europe, in a home match they were overwhelmingly favourites, to win.

The others were Joe Aribo, of Scottish giants Rangers, his teammate in Scotland, Leon Balogun and goalkeeper Francis Uzoho of Cypriot club, Omonia.

The Super Eagles didn’t have a home-based player, in their starting XI, while Samuel Kalu, of French Ligue One club Bordeaux and Taiwo Awoyini, who plays for Bundesliga team, Union Berlin, came in as reinforcements.

The visitors came into the match ranked 121st, in the world, and were largely expected to be steamrolled, after picking just a point, in their opening two World Cup qualifiers.

The hosts had won their first two qualifiers, boasting of a perfect six points, and the buzz, in the Nigerian camp was that they would take their tally, to 12, from their opening four matches, with routine back-to-back wins, over the Wild Beasts.

However, in front of a home crowd, for the first time in an age, the Super Eagles were flat and crashed to one of the biggest shock defeats, of these World Cup qualifiers.

They were labelled as “boring,’’ by Nigerian news outlet, PM News.

‘’The Super Eagles did not record a single shot on goal throughout the match while the visitors had three shots on goal, with one hitting the back of the net,’’ the outlet reported in their match report.

“The visitors sat back all through the match, relying on counter attack, which gave them the only goal.

“The Eagles, with an array of stars, could not find a way to unlock the defence of Central African Republic, throughout the match.

“Though the Nigerian side still top Group C with six points, the defeat has opened up the group, with Cape Verde also winning 2-1 away in Liberia.

“Both Cape Verde and Central African Republic now have four points each, while Liberia has three points.’’

It’s just the kind of fairytale result which the Warriors, who face group favourites Ghana, in their third qualifying match at the Cape Coast Stadium tomorrow, needed to remind them of the unpredictability of this game.

To remind them that, even though they are the odds-on underdogs, in this clash against a Black Stars team, which has reinforced their arsenal by bringing in many of their heavy hitters, like Thomas Partey, there is still hope for Mapeza’s men.

“I am more than happy with the current form of some of the players called up for the two matches against Ghana,” Mapeza told The Herald, this week.

“I have been watching some of their games and they have been doing well.

“Our captain, Knowledge Musona, has scored some goals for his team, Jordan Zemura, Brendan Galloway and many others have been doing well and I just hope they will carry their form into the game against Ghana.”

There was no joy for Zambia, too, who crashed to their second straight defeat, in the qualifiers, after a 0-2 defeat at the hands of Equatorial Guinea last night.

Chipolopolo came into the match licking their wounds, after a 0-2 home defeat to Tunisia, and needed a victory to bring their campaign back into shape.

However, they were well beaten at the Estadio de Malabo with Saul Croco firing the hosts ahead, after 35 minutes, in a match in which the visitors ended with 10 men, after midfielder, Prince Mumba, was sent off.

A groin injury ruled their most influential player, skipper Enock Mwepu, of English Premiership side Brighton & Hove Albion, out of the match.

Their other Premiership star, striker Patson Daka, of Leicester City, did not show up for the battle in Malabo.

Emilio Nsue’s 87th minute goal ended the match as a contest as Chipolopolo, who started the campaign in impressive fashion, with an away win over Mauritania, now face a tough mission to try and qualify for their first World Cup.

They will have to go to Tunisia, a difficult place, any African side to visit, to try and win.

HARARE - If the Warriors wanted a David versus Goliath fairytale, to inspire them ahead of tomorrow’s 2022 World Cup battle against the Black Stars, they only need to borrow a template, from lowly Central African Republic. Affectionately known as the Wil...
Share via
x
More Information