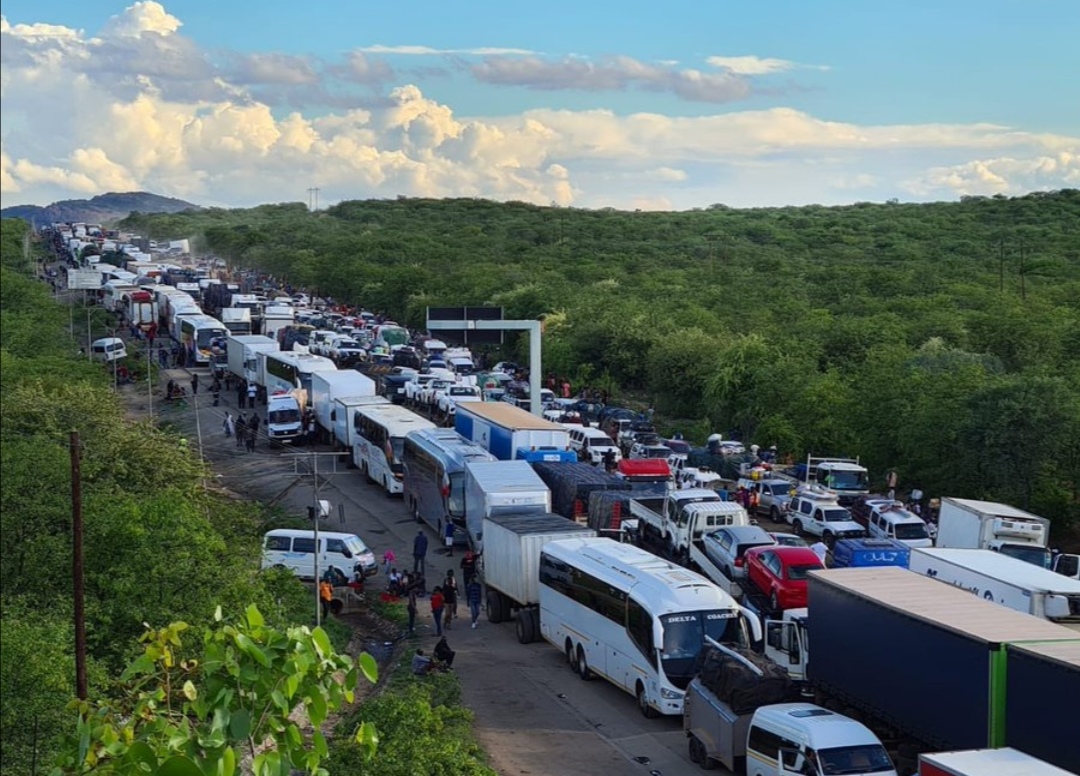 BEITBRIDGE – South Africa’s Home Affairs Minister Aaron Motsoaledi has turned down the request from Zimbabwe for a delegation to be deployed to deal with the massive congestion at Beitbridge border post, instead telling the Zimbabwean government to fix their economy, SAfm news reported.

Motsoaledi insisted that South Africa was handling the situation on it’s side.

Zimbabwe’ secretary for information Nick Mangwana earlier said the delays were not happening on the Zimbabwean side.

“We have been made aware of the situation at Beitbridge Border Post. Whilst the bottleneck is not on the Zimbabwean side, efforts are in motion to arrive at a solution that work for both sides of the border, that includes a possible review of the  2200 hours closure of the Border,” said Mangwana.

Travellers have been forced to spend days at the border post due to slow movements happening leading to queues that stretch up to 15km.

Most of the traffic is from people coming back to Zimbabwe from South Africa for the festive season after a rough year where most were restricted in their travel due to the Covid-19 lockdown.

The conjestion has been exacerbated by the travelling measures that have put in place which include screening people on the basis of Covid-19 test certificates.

However, there are growing fears of a crisis erupting at one of SADC’s busiest borders with reports that at least one person has died.

There has been reports of increased armed robberies targeting mostly truck drivers.

Some fear the long queues will result in their Covid-19 certificates expiring before they cross.

Over the years, millions of Zimbabweans have crossed the Limpopo river in search of greener pastures as the Zimbabwean economy sinks further.

The festive season is usually busy as they cross the border back to Zimbabwe to spend the time with families.

BEITBRIDGE - South Africa's Home Affairs Minister Aaron Motsoaledi has turned down the request from Zimbabwe for a delegation to be deployed to deal with the massive congestion at Beitbridge border post, instead telling the Zimbabwean government to fix th...
Share via
x
More Information