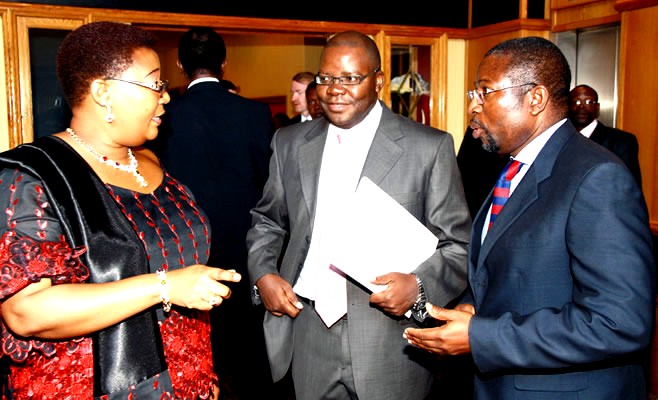 Zimbabwe – THE MDC Renewal Team’s inaugural convention to be held in Harare between today and Sunday will be devoid of drama and fierce contestation for leadership as most posts are uncontested.

Former MDC-T secretary-general Tendai Biti is poised to be elected unopposed as he was nominated by the party’s 12 provinces. The suspension of his rival Elton Mangoma, who was also eyeing the party’s top post, left Biti without a challenger.

Mangoma, who was accused by party member Believe Tevera of having an affair with his wife, broke away and formed the Renewal Democrats of Zimbabwe party.

The convention will be held under the theme “Reclaiming Zimbabwe”.

It will see Samuel Sipepa Nkomo deputising Biti as he is unchallenged. Lucia Matibenga is assured of the party’s chairship, as she is also uncontested.

Former Mbizo MP Settlement Chikwinya has no challengers for the secretary for elections post; ditto Benson Ntini who will become party treasurer.

Party insiders revealed the post of vice-chairperson will be contested by Last Maengahama and Watchy Sibanda.

Brothers Paul and Solomon Madzore were both nominated for the organising secretary post, although insiders say Paul might step aside for his younger brother. Current party spokesperson Jacob Mafume is likely to retain his post with George Mkwananzi as his deputy.

About 7 000 delegates are expected to attend the convention which will also adopt and unveil the new party name, likely to be the People’s Democratic Party. The party’s symbol and logo will also be unveiled during the convention, as will its economic blueprint; “Holistic Programme for Economic Transformation (Hope)”.

The convention, officials said, will craft a roadmap for the party ahead of 2018 elections which, among other things, will emphasise that the party studies the social base and adapts to new trends by, for example, engaging the informal sector which is now the largest employer. The possibility of coalitions with other opposition parties and social movements such as civil society will also be discussed.

The party will also come up with an electoral demands document dubbed “An Agenda for the Restoration and Rehabilitation of Electoral Sustainability (Arrest)”.

Party spokesperson Jacob Mafume said they were going to defend two policy documents to deal with the economy and political stalemate.

“The Holistic Programme for Economic Transformation (Hope) will give a fresh perspective to our economic situation. We are confirming almost 150% that whoever drew up ZimAsset was suffering from mental constipation.

“The convention will also deal with what the MDC-T missed in the 2013 elections and will see the adoption of a roadmap that will promote change in the party’s social base, as well as the importance of coalitions against dictatorship.”

Some party officials said power would be concentrated in the hands of the presidency, but Mafume disputed this.

Will Zimbabwe economy improve next year?

Backs to the wall

Zimbabwe - THE MDC Renewal Team's inaugural convention to be held in Harare between today and Sunday will be devoid of drama and fierce contestation for leadership as most posts are uncontested. Former MDC-T secretary-general Tendai Biti is poised to be e...
Share via
x
More Information
x