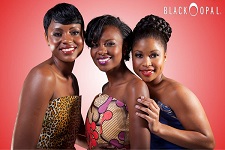 ZIMBABWE – Organisers of Black Opal Face of Zimbabwe (Bofoz) yesterday launched the 2016 edition of the competition under the theme Define your Beauty in different stores nationwide.

Black Opal Zimbabwe marketing director, Tatenda Mutseyekwa, said the competition was open to any Zimbabwean woman aged 18 and above.

“Entries of Black Opal Face of Zimbabwe 2016 competition opened today (yesterday) till May 16 next year. Aspiring contestants are required to buy any Black Opal products worth $18 and fill-in an entry form to be attached to an A6 close-up photo and a proof of purchase receipt,” he said.

Mutseyekwa said the 2016 edition of the competition will see the overall winner walking away with $8 000 and a year’s supply of Black Opal skincare and colour cosmetics, while the second and third prizes will be six months and three months’ supply of Black Opal products, respectively.

“With Bofoz, we celebrate the local beauty trademark and we want to give back to our customers and empower local women. For the 2016 edition of the competition, a lucky SMS voter will win a car to be drawn at the grand final and several others will stand a chance to win great monthly prizes from Black Opal Zimbabwe partners and sponsors,” he said.

“Each month an internal panel of judges will select contestants, who will then be published online on www.blackopalzim.com and on social media. The two contestants with the highest SMS votes will automatically qualify for the grand finale, though this can be offset by the 50% of the judge’s score card at the grand finale.”

Mutseyekwa said for the forthcoming competition, the voting criteria has been amended as they reduced the cost per SMS vote from 30 cents to 20 cents, as a result of the difficult economic situation so as to allow more nationwide participation.

Unlike other beauty pageants, the Bofoz pageant accommodates married, curvy, tall and short participants, as the organisers mainly concentrate on facial beauty and the knowledge of the Black Opal products.

Cynthia Mafumhe (22), a pharmaceutical student at the University of Zimbabwe, was crowned the Bofoz 2015 queen, while Hazel Kurwakumire (29) was the first princess and Mercy Kamanura (24) the second princess respectively.

Mother dragged his son to court for beating and abusing her