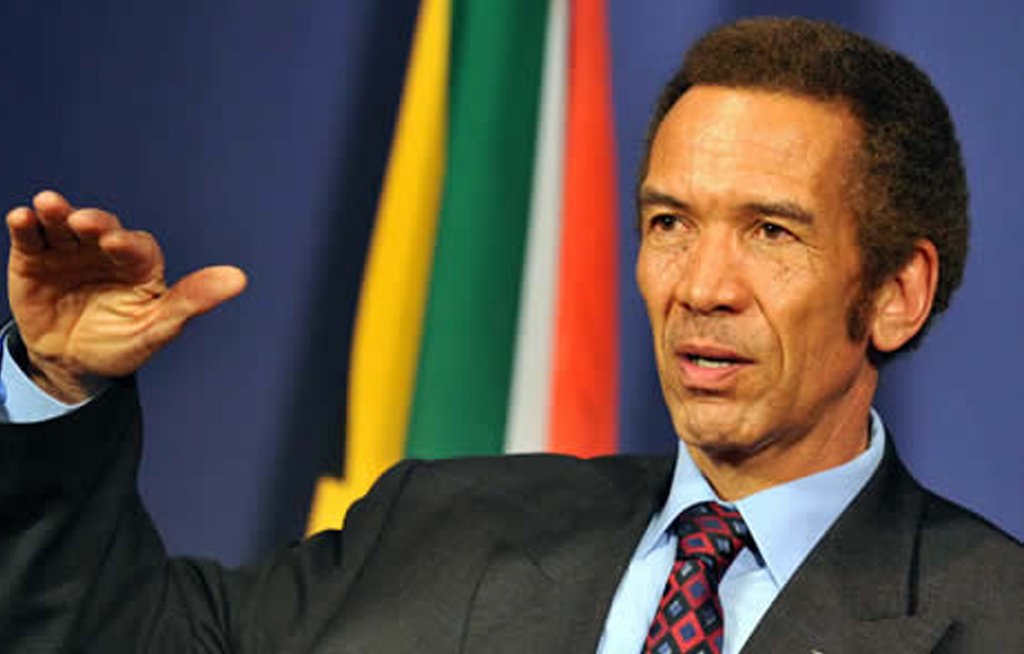 BOTSWANA – Khama could have dashed to Pretoria to report his security concerns to SA President Cyril Ramaphosa, to seek guidance in the midst of his troubles with President Mokgweetsi Masisi-led government’s perceived harassment.

Hard on the heels of a court order to relinquish his weapons to the Directorate of Intelligence and Security (DIS) comes new information suggesting former Botswana President Ian Khama has skipped the country to neighbouring South Africa (SA).

Khama allegedly fled the country whilst in a stalemate with the intelligence agency on how the former’s weapons should be handed to its Sebele office.

The former president reportedly left Serowe this morning heading for Gaborone, but his trip was allegedly altered as it took him to his farm in Tswapong, possibly just as a ‘decoy’. He allegedly ended up at the Martin’s Drift border where he supposedly parted ways with his usual security detail. Private security took over as Khama crossed the border into neighbouring SA pressing his own security detail to return home.

A helicopter believed to be waiting in one of the farms allegedly airlifted him without following the normal travel protocols, which raised fears that Khama could have skipped the country ahead of handing in the weapons. The former president, in his response to Mmegi enquiries, rubbished reports of skipping the country calling the allegations ‘hogwash’.

“I am in SA and I don’t need permission from anyone to travel,” he told Mmegi, adding curtly, “ I haven’t skipped the country. I have travelled to SA as many other people do”.

Protocol, however, demands that ahead of any travel, Khama as a former president should declare to the Office of the President (OP) and the foreign affairs ministry his travel plans and details.

Unconfirmed information also suggests that Khama could have dashed to Pretoria to report his security concerns to SA President Cyril Ramaphosa, to seek guidance in the midst of his troubles with President Mokgweetsi Masisi-led government’s perceived harassment. He is however, yet to respond whether he planned to meet Ramaphosa or not in an enquiry sent to him this morning.

The DIS, which is currently seized with investigating the former president and his ally former DIS director-general Isaac Kgosi on weapons and others, was non-committal in its response when questioned about the allegations and its concerns of Khama having travelled outside the country without informing his principals.

DIS public relations director, Edward Robert could not be drawn into discussing the matter, referring Mmegi to OP as Khama’s principal.

Quizzed about Khama’s alleged travel outside the country without adherence to the travel protocols, permanent secretary to the President (PSP) Emma Peloetletse was not aware that Khama had travelled.

BOTSWANA - Khama could have dashed to Pretoria to report his security concerns to SA President Cyril Ramaphosa, to seek guidance in the midst of his troubles with President Mokgweetsi Masisi-led government’s perceived harassment. Hard on the heels of a c...
Share via
x
More Information