Boy found his abducted sister, now 20, while scrolling on Facebook 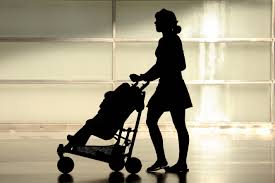 Durban – It was a simple ’People You May Know’ on Facebook that grabbed the attention of a 19-year-old boy. It was a picture. A picture of a woman who bore an uncanny resemblance to his mother. It was so intriguing that he had to show it to his grandmother who in turn told him to show his mother the picture on Facebook.

Little did he realise that his discovery would end a 20 year search for his abducted sister.

According to SAPS spokesperson Brigadier Selvy Mohlala on March 23,2001, a then 16-year-old teenager gave birth to a baby girl at the Ermelo Provincial Hospital and was later discharged in the company of her aunt.

“On their way to Breyten, they met a certain woman who allegedly offered to hold the baby as the mom was experiencing pain and dizziness. The aunt had been at a shop.”

The woman allegedly made off with the child and a case of abduction was opened.

“Police searched but to no avail, until new information came forth on November 29, 2021.”

Mohlala said police conducted DNA tests and the 50-year-old woman was found not to be the biological mother.

She was arrested, charged and appeared in the Ermelo Magistrate’s Court.

The woman has been released on R1000 bail and will appear in court in January.

Mohlala said the now 20-year-old abductee was shocked and traumatised and is currently in a place of safety. The family live less that 50 kilometres apart.

This is not the first time that there’s been such a case in South Africa – in 2014, Zephany Nurse who was abducted from Groote Schuur Hospital in Cape Town, South Africa on 30 April 1997, was reunited with her biological parents Morne and Celeste Nurse.

The woman who abducted her was found guilty of kidnapping, fraud and contravening sections of the Children’s Act, and is serving a 10-year jail term.

The family found Zephany after she became friends with the Nurse’s other child.

And according to the BBC, a Chinese woman who almost gave up hope of finding her long lost son Mao Yin who was kidnapped and sold in 1988, was also miraculously reunited with him years later.

Li Jingz spent 30 years looking and had almost given up hope of ever seeing her son again, but in May 2020 she finally got the call she had been waiting for.

She received a call from Xi’an’s Public Security Bureau that her son had been found and DNA tests were later conducted and confirmed.

“I didn’t dare to believe it was real,” Jingzhi told BBC.

Boy found his abducted sister, now 20, while scrolling on Facebook

Durban - It was a simple ’People You May Know’ on Facebook that grabbed the attention of a 19-year-old boy. It was a picture. A picture of a woman who bore an uncanny resemblance to his mother. It was so intriguing that he had to show it to his grandmo...
Share via
x
More Information