Brighton to show solidarity with Ukraine against Newcastle on Saturday 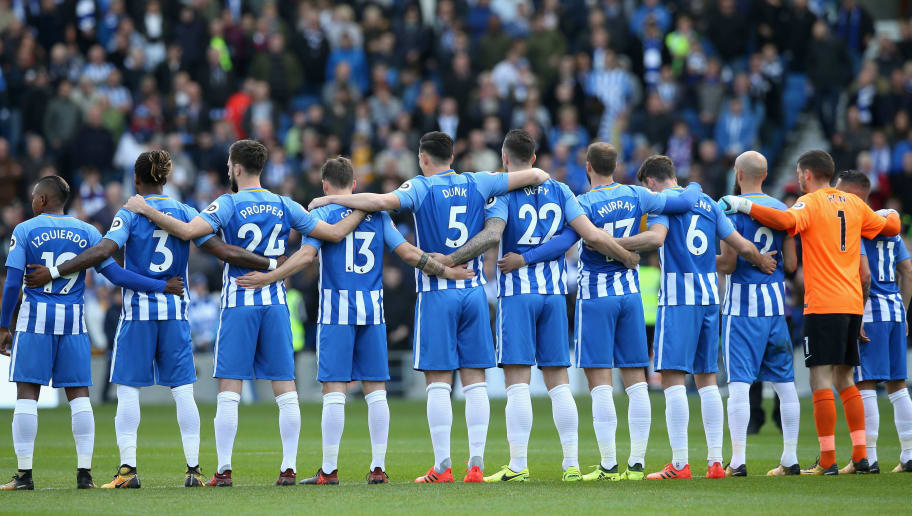 ENGLAND – Brighton and Hove Albion will use this weekend’s clash with Newcastle United to show solidarity with Ukraine amid the invasion from Russia. Football has taken a back seat in recent days, with the world watching on in horror at the decisions made by Russian president Vladimir Putin.

While we carry on with our day to day life on British shores, the people of Ukraine are at war and fighting for their lives.

There have been tributes and signs of respect paid across the footballing world over the weekend. The Everton and Manchester City game was particularly emotional, with Ukraine internationals Oleksandr Zinchenko and Vitaliy Mykolenko in attendance.

Signs of solidarity have taken place at football games across the world, calling for peace. And there will be a show of solidarity at St James’ Park on Saturday.

And the Seagulls have announced that they will be taking action this weekend in support of Ukraine.

On their official website, they announced that they will be wearing their yellow and blue third kit – the colours of the Ukrainian flag. They had been set to wear their away kit, but have been given approval by the Premier League to make the change.

Obviously Newcastle won’t be able to make a similar statement with their kit. However, it feels highly likely that a pre-match message will be sent by the Magpies.

While the 90 minutes inside St James’ Park can be escapism, it must not hide away from the terrifying reality that is suddenly life in Ukraine

Brighton to show solidarity with Ukraine against Newcastle on Saturday

ENGLAND - Brighton and Hove Albion will use this weekend’s clash with Newcastle United to show solidarity with Ukraine amid the invasion from Russia. Football has taken a back seat in recent days, with the world watching on in horror at the decisions mad...
Share via
x
More Information