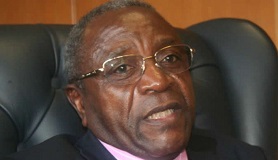 ZIMBABWE – Members of the National Assembly from across the political divide were yesterday united in calling for the prosecution and other remedial actions against all those fingered in siphoning millions of dollars from the Premier Service Medical Aid Society (PSMAS).

The medical aid society was prejudiced of tens of millions of dollars through mega salaries and hefty allowances, some of them paid unprocedurally to some officials.

Legislators agreed that Health and Child Care Minister David Parirenyatwa be summoned to explain his failure to stop the rot in PSMAS.

Former PSMAS chief executive Dr Cuthbert Dube was not spared as lawmakers said he should return about $19 million that he got after awarding himself mega salaries, including $22 million he shared with 10 senior executives outside the payroll in the past five years, according to a forensic audit.

Members of Parliament said this during a motion moved by Bulawayo South MP Mr Eddie Cross (MDC-T) calling for the investigation of the PSMAS board that was in office at the time.

There was rare unanimity among legislators who said Dr Dube paid himself a hefty salary that had an impact on the Gross Domestic Product.

“I raise this issue because white collar crime has become a major issue in Zimbabwe. No effective measure has been taken by the executive on several reports including a forensic audit that was reported in the media particularly The Sunday Mail, which I want to pay tribute to,” said Mr Cross.

He said Dr Dube was paid a gross salary of $19 million over a five-year period, meaning that he was earning about $13 000 per day.

Mr Cross said Dr Dube’s driver and secretary were paid about $3,1 million during the same period, according to the forensic audit.

“We need to ask ourselves what role the Minister of Health played. I was disturbed to note that the minister accepted $100 000 (which he called capitation). Was it a bribe because he has not taken action. If he cannot properly account for this, surely he must resign,” said Mr Cross.

Minister Parirenyatwa has since denied any wrongdoing saying it was normal in the medical field to be paid in advance and offset it through treatment of patients.

Bikita West MP Dr Munyaradzi Kereke (Zanu-PF) said Minister Parirenyatwa should explain if he was not in violation of the Constitution, which forbids Government ministers from being gainfully employed as they would be paid while serving the Government.

“You have a full Cabinet minister talking of capitation. The Constitution does not allow a minister to be gainfully employed elsewhere,” said Dr Kereke.

He said one reason why the National Budget remained static at $4 billion was because the country had not done enough to fight corruption.

Buhera South MP Cde Joseph Chinotimba (Zanu-PF) said it would be a disservice for legislators to remain silent on the scandal at PSMAS, let alone other State entities where the vice was rampant.

He said PSMAS workers were not consistently getting their salaries, while subscribers were failing to access health care services, yet no action had been taken against Dr Dube and other senior executive members.

Cde Chinotimba said assertions by Finance Minister Patrick Chinamasa in Victoria Falls during the pre-Budget consultative conference that PSMAS was autonomous were not sustainable since State employees constituted the bulk of its members.

Gokwe MP Cde Dorothy Mangami (Zanu-PF) said members  were being asked to fork out $10 in co-payment yet they were paying premiums as high as $50 per month.

Tafara-Mabvuku MP Mr James Maridadi said there was need to take decisive action against Dr Dube and some senior Government officials that included two permanent secretaries who were paid hefty allowances in board fees.

Shamva South MP Cde Joseph Mapiki (Zanu-PF) said it was sad that prisons were filled with people who committed petty crimes, yet no action was being taken on those fingered in serious crimes that affected the economy.

“In my constituency, people are being jailed for years after being found with a gramme of gold. But those who steal millions of dollars are allowed to roam the streets scot  free,” he said.

Highfield East MP Mr Erick Murai (MDC-T) echoed similar sentiments saying there were no high-profile cases of corruption that had been dealt with.

Mutoko South MP Cde David Chapfika (Zanu-PF) said it was high time that the law took its course regardless of party affiliation.

ZIMBABWE - Members of the National Assembly from across the political divide were yesterday united in calling for the prosecution and other remedial actions against all those fingered in siphoning millions of dollars from the Premier Service Medical Aid So...
Share via
x
More Information
x