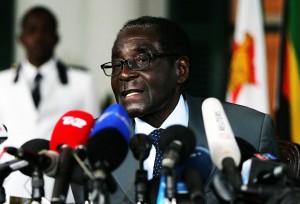 ZIMBABWE – Walter Palmer, the Minnesota dentist who shot Cecil the lion, has emerged from hiding. He should never have had to go into it. Hunters like Palmer aren’t the problem: they’re part of the solution.

I don’t understand people who want to kill lions. The bile directed at Palmer shows that lots of people hate big game hunting, and want everyone else to hate it too. I’m there already: I don’t like Palmer’s hobby. And he sure messed up by unwittingly hunting where he shouldn’t have.

But if we banned every hobby that you or I don’t understand or like, we wouldn’t have many hobbies left. And bans have consequences.

In Africa, if you want to hunt legally, you have to pay to do it. And that money often goes to hire game wardens who try to protect animals from poachers. Palmer killed one lion. If hunters like Palmer don’t pay for wardens, many more lions will be killed.

Using hunting to promote conservation isn’t just an African idea. We do it, too. Ducks Unlimited, the international nonprofit organization, was founded by hunters in 1937 to preserve wetlands so they’d have ducks to shoot. More broadly, our National Park System doesn’t just preserve national treasures: it promotes public enjoyment of them.

If the public wasn’t allowed to use Yellowstone, it wouldn’t care so much about protecting it. If you want to save something valuable, you can’t just lock it in a box. You have to give people an incentive to guard the box. That’s what hunting in Africa does.

The threat to the animals of Africa isn’t dentists from Minnesota. It’s the corrupt and incompetent governments of Africa. Zimbabwe, where Palmer was hunting, is the best example. It used to be the breadbasket of Africa. But its agriculture was systematically destroyed by its dictator, Robert Mugabe.

Now Zimbabwe’s one of the poorest, most repressed, places in the world. That encourages poaching: if people can’t farm, they will hunt. Of course, Mugabe’s a big killer of animals himself: for his birthday party in February, his guests ate two elephants, two buffalos, two sables, and five impalas. And what did Mugabe get for a birthday present? A young lion that was killed and stuffed.

But the biggest threat to Africa’s animals isn’t Mugabe’s stomach or his trophy room. It’s industrialized poaching by people who don’t pay for permits. Last month, scientists reported that Tanzania’s elephant population has fallen by two-thirds in four years.

And why was that? Not because of Palmer and his ilk. It’s because the Tanzanian government stole the fees paid by Western park visitors, fees that should have funded the parks. The government is in league with the poachers, who kill thousands of elephants to sell their ivory in China.

But few Americans genuinely care about African corruption. Most Americans do know, vaguely, that many African governments are corrupt, incompetent, and repressive, but they don’t see the connection between that repression and the death of the elephants.

If we wanted to do something about this slaughter, we’d have to actually care about Africa’s despots. And we’d have to take on China. But Mugabe’s a long way away, and China would push back. It’s much easier for us to exercise our outrage on a Minnesota dentist, who can’t do anything about it but hide.

Big game hunting isn’t going to save Africa’s animals. And I don’t like it. But legal hunting in Africa isn’t the problem. The problem in Africa is a lack of freedom. In America, on the other hand, the problem is that we’re too busy bullying people and preening our moral superiority to care.

Ted R. Bromund is a senior research fellow in The Heritage Foundation’s Thatcher Center for Freedom.

ZIMBABWE - Walter Palmer, the Minnesota dentist who shot Cecil the lion, has emerged from hiding. He should never have had to go into it. Hunters like Palmer aren't the problem: they're part of the solution. I don't understand people who want to kill li...
Share via
x
More Information