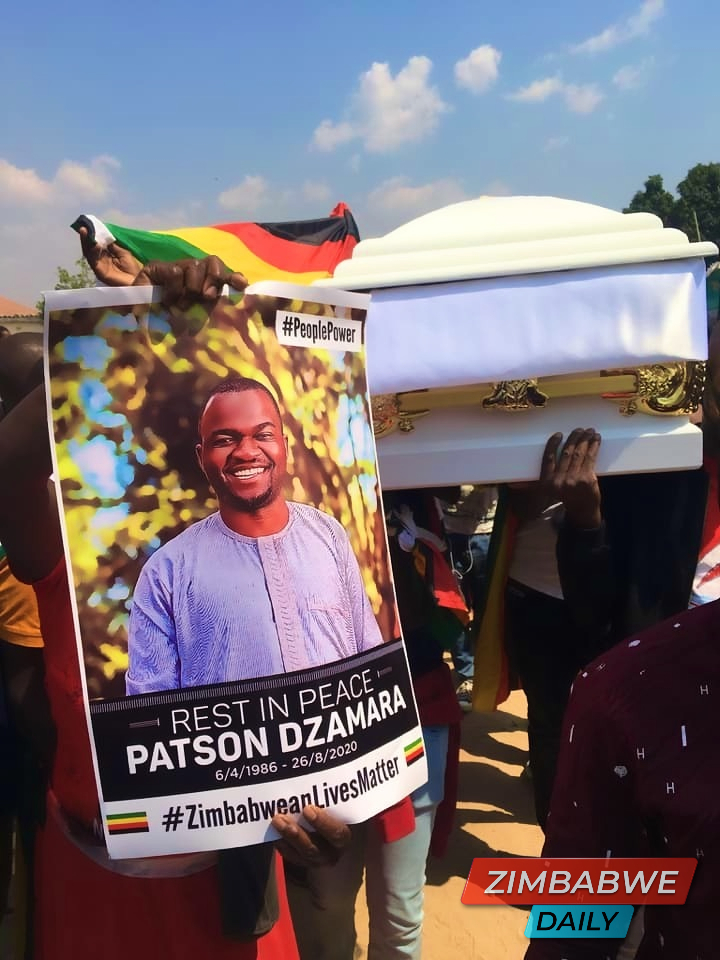 The young and charismatic leader also recalled his last conversation with the deceased brother, Itai Dzamara, who went missing in March 2015. Chamisa talked about how Dzamara had told him about his desire to expand the fight for justice in Zimbabwe just before he suspiciously went missing.

He also criticised the current President, Mnangagwa and his regime for the continued silence on  Itai Dzamara’s disappearance.

Chamisa described Patson Dzamara as a hero who until his death was focused on fighting for a better Zimbabwe.

He further went on to highlight that all the scars that you see on Patson are because he took a dangerous fight upon himself, the fight to liberate Zimbabwe.

In his speech, Chamisa highlighted that Patson’s desire to fight was influenced by his desire to see through the fight his older brother had started.

Chamisa described that the brave actions by the deceased such as going to the stadia demanding accountability from the government made him a target of the state.

The outspoken opposition leader told the gathered mourners that Patson’s death was not going to be in vain because the country will be free.

Chamisa told mourners the opposition wouldn’t be baited into committing a strategic blunder by playing into Mnangagwa’s hands. The opposition leader says a crocodile enjoys an advantage when stalking deep water, but when you find it stranded on a dry rock, it is as harmless as a gecko.

He also attacked the government for denying that there is a crisis in the country while many are incarcerated and kept in leg irons for merely pointing out government failures.

During his speech, Chamisa bemoaned the fact that many people such as Hopewell Chin’ono and Tabitha Khumalo among others could not be present to bid farewell to Patson because they are either in prison or facing charges that restrict their travelling.

However, he urged citizens to be ready to defend and fight for a free Zimbabwe in a peaceful manner.