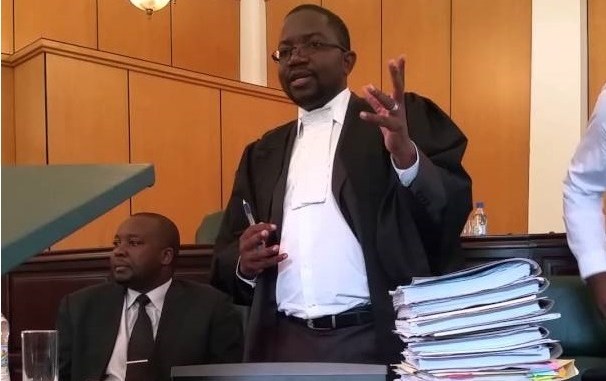 HARARE – Harare Magistrate Munamato Mutevezi on Thursday set the trial date for Advocate Thabani Mpofu who is facing charges of defeating the course of justice.

Mpofu who represented opposition leader, Nelson Chamisa in his Consitutional Court challenge against 2018 election results declared by Zimbabwe Electoral Commission (ZEC) will be going for trial on the 10th of February 2021.

He is accused of drafting and filing an affidavit bearing the name of one Simbarashe Zuze, which the State claims does not exist.

The case is linked to his challenge of the appointment of Prosecutor General, Kumbirai Hodzi.

Mpofu said his trial date was set after he indicated that he had been remanded longer than Delish Nguwaya hence was entitled to being removed from remand too. Nguwaya was this week controversially removed from remand after the Prosecuting team failed to provide trial date citing that they were not yet done with investigations.

“I appeared in court today. I indicated to the prosecutor that since I have been on remand longer than DELISH Nguwaya, I was also entitled to a DELICIOUS removal from remand. The prosecutor promptly gave me a trial date.”