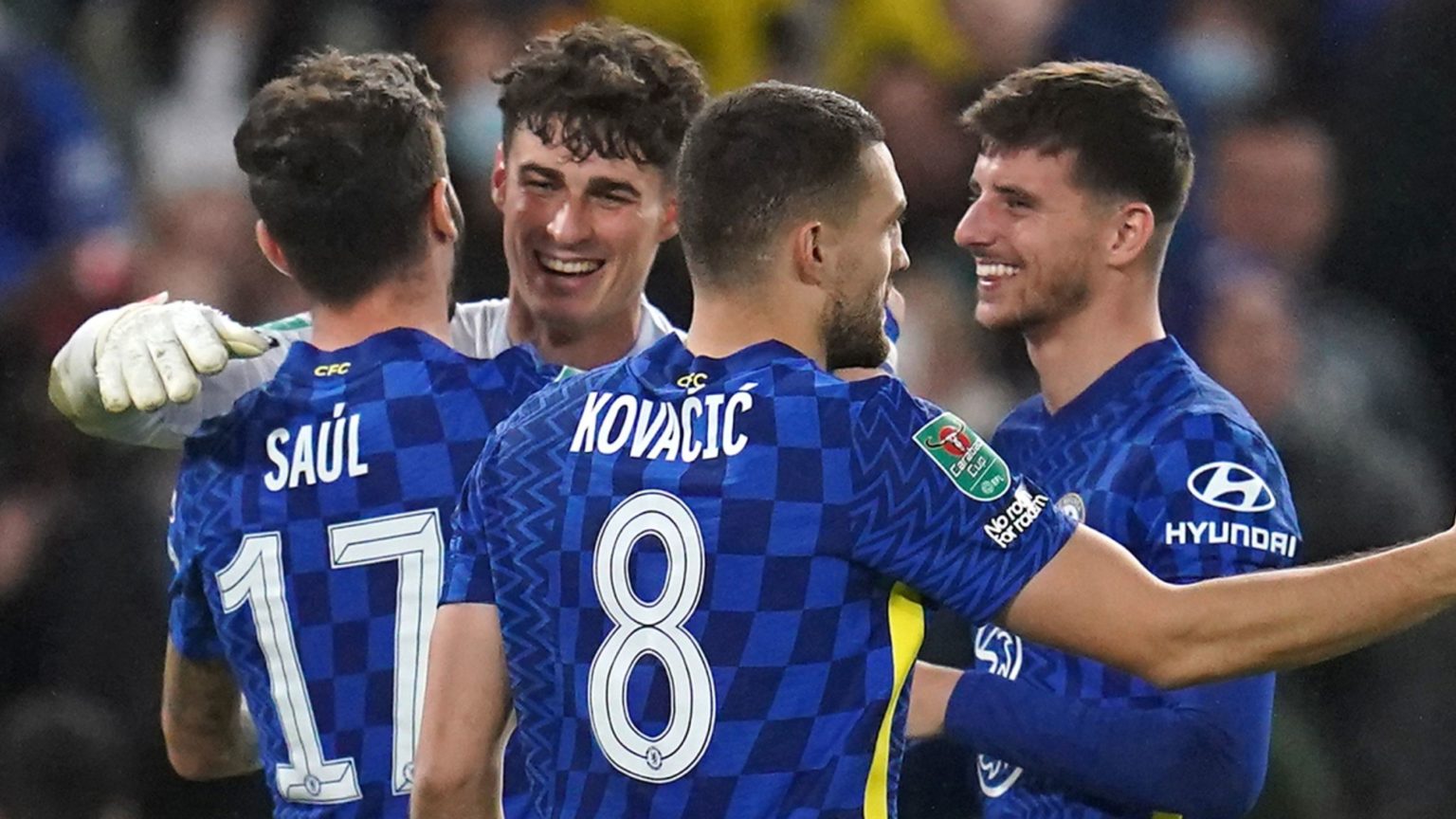 ENGLAND – Chelsea needed a penalty shootout for the second consecutive round to reach the quarter-finals of the League Cup as they edged past Southampton, while a much-changed Arsenal beat Leeds 2-0 on Tuesday.

Kepa Arrizabalaga was the Chelsea hero as he made a string of late saves to deny Saints a place in the last eight as the game at Stamford Bridge ended 1-1 after 90 minutes.

Both goals came minutes either side of half-time as Kai Havertz headed Chelsea into the lead before Southampton hit back quickly when Che Adams bundled the ball home after Kepa parried Kyle Walker-Peters’ shot.

The Spain goalkeeper saved from Will Smallbone, Mohammed Salisu and Lyanco to take the tie to a shootout.

Kepa then denied Theo Walcott from the spot and Smallbone blasted over as Chelsea progressed despite Mason Mount’s penalty being saved by Fraser Forster.

Two goals in 14 second-half minutes from Callum Chambers and Eddie Nketiah took Arsenal through at the Emirates.

Mikel Arteta had named a strong side in the previous two rounds with the Gunners not involved in European football for the first time in 25 seasons.

But the Spaniard made nine changes from the side that started Friday’s 3-1 win over Aston Villa.

Leeds boss Marcelo Bielsa attempted to lift his side from a slump with just four changes from a 1-1 draw with Wolves on Saturday as England international Kalvin Phillips made his return from injury. The visitors enjoyed the better of the first-half, but paid a heavy price for failing to make it count.

Chambers had barely been on the pitch for a minute after replacing Benjamin White when he forced the ball over the line from a corner to open the scoring.

Eddie Nketiah then made the most of a rare start to seal the tie against his former club.

The England under-21 international pounced on a slack header towards his own goal from Liam Cooper and scooped the ball over Illan Meslier before getting a slice of luck as his mishit finish bobbled into the net.

“We understood the game and what we had to do, we did this the right way,” said Arteta.

“They gave us some issues, they always do, but we created a lot of shots and situations without being very clinical, we adjusted a few things at half time and we were better and stronger.”

League One side Sunderland are also into the quarter-finals as they beat Queen’s Park Rangers 3-1 on penalties after a 0-0 draw at Loftus Road. 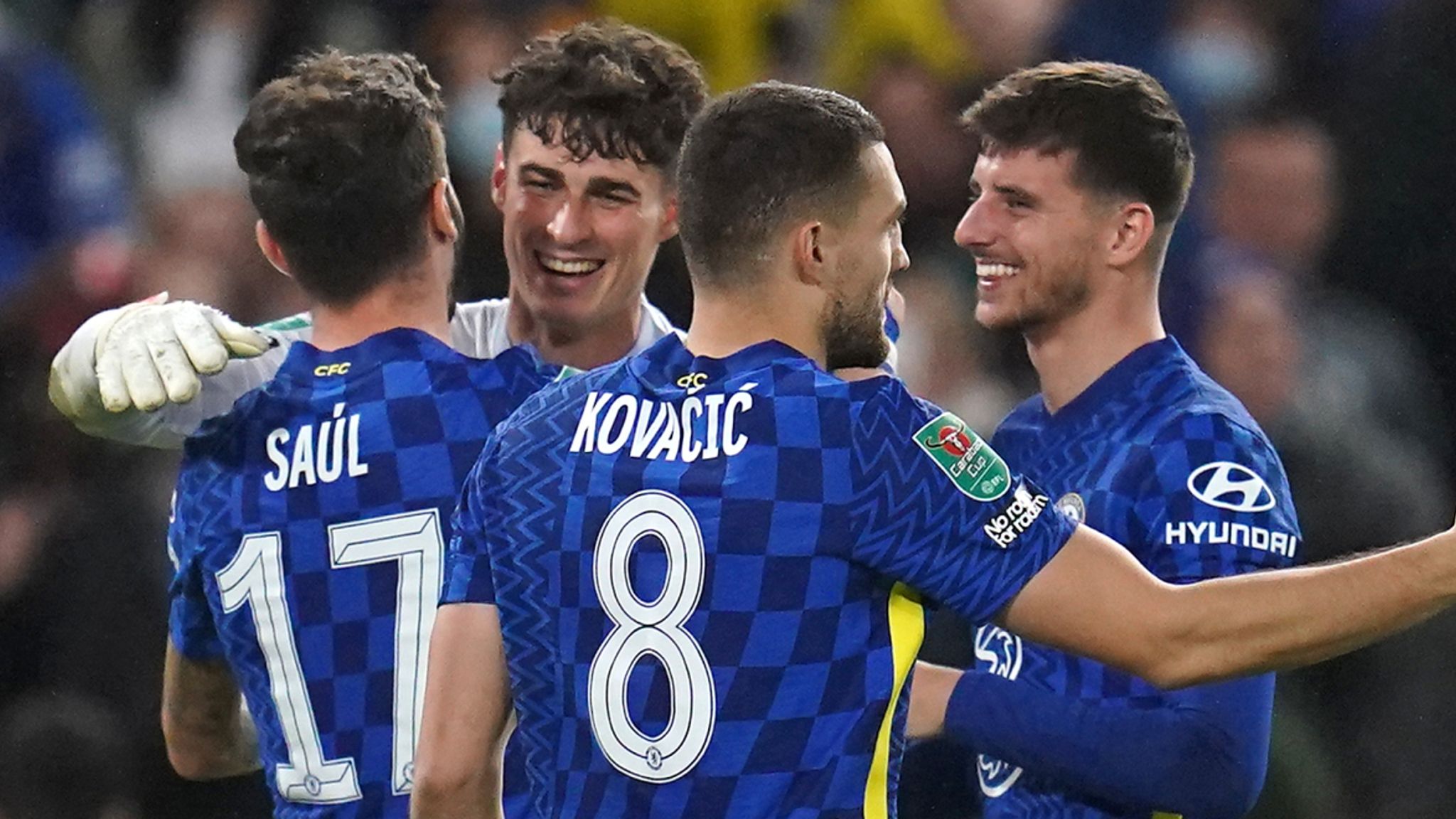 ENGLAND - Chelsea needed a penalty shootout for the second consecutive round to reach the quarter-finals of the League Cup as they edged past Southampton, while a much-changed Arsenal beat Leeds 2-0 on Tuesday. Kepa Arrizabalaga was the Chelsea her...
Share via
x
More Information