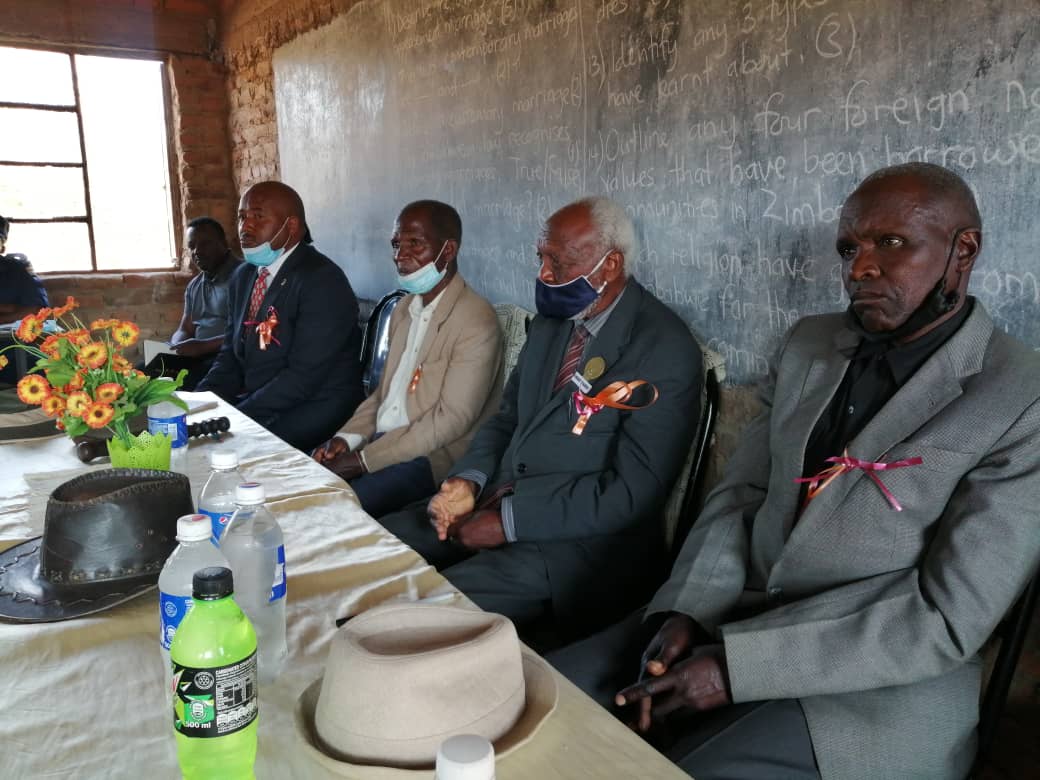 MANICALAND – Traditional leaders have pledged to deal with perpetrators of political violence, including supporters from the ruling Zanu PF by summoning them to their courts ahead of the 2023 elections.

They made the pledge during a peace-building meeting held on Thursday and attended by various stakeholders such as church leaders and police at Chinyamandana Secondary School in Headlands constituency, Makoni district.

The gathering was organised by Heal Zimbabwe Trust (HZT), which has formed peace-clubs around the country to preach peace, targeting domestic and political violence.

Addressing the meeting, headman William Nechironga said they would not tolerate political violence.

“If there is a Zanu PF supporter who beats a Citizens Coalitions for Change (CCC) supporter, and if there is a CCC activist who burns a Zanu PF house or vice versa, if you do, that the mountains will fall in this area. I am serious about this. I don’t want to even hear about that,” Nechironga said.

“If this happens, please be quick to report it to me and I will deal with it. To church leaders, let’s go out and preach unity. If we find out that the person who commits violence is from your church, we will summon you. We need peace, we are all Zimbabweans.”

Addressing the same meeting, Chief Tandi said there was need for leaders who only fear God.

“I don’t want people that I lead to be engaged in political violence,” he said.

Chief Tandi applauded HZT for the peace-building initiatives with the 2023 elections in sight.

HZT executive director Rashid Mahiya said: “When going to the elections, we should always remember that we are one family. We need to build one country and develop. Where there is peace, there will be development.”

By Kenneth Nyangani MANICALAND - Traditional leaders have pledged to deal with perpetrators of political violence, including supporters from the ruling Zanu PF by summoning them to their courts ahead of the 2023 elections. They made the pledge during a pea...
Share via
x
More Information