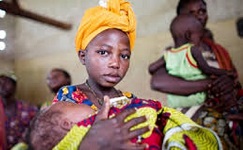 ZIMBABWE – Birth and death are transitions that no one ever gets to know they were the object of the celebrations. That is how special marriage is. But across Africa, child marriages for girls, some as young as seven years old, rob women in general of their chance to enter into matrimonial relationship as consenting adults, which is a fundamental human right. Zimbabwe has rejected that deprivation.

According to a judgement of the country’s Constitutional court, as of January 20, 2016, no marriage involving a person under the age of 18 under any law, tradition or religious rite shall be considered valid.

The ruling, by and large, ended the scourge of underage brides in a country that discriminated against boys and girls in their marriage status. Until then, the Marriage law in Zimbabwe gave 18 as the marriage age for boys and 16 for girls, given parental consent. Many activists considered it discriminatory and disadvantageous to the long term interests of girls.

Child marriages, they argued, impaired the mental and physical health of girls, their educational opportunities and personal advancement, including the right to equal employment and careers. The court stated clearly that child marriages contravened basic rights as enshrined in the constitution and any law providing to the contrary was null and void.

The judgement was the outcome of a long battle in courts by two former brides who were themselves victims of child marriages. In Tanzania, the Law of Marriage Act, 1971 sets the minimum age at 18 for boys and 15 for girls with parental consent.

It also permits both girls and boys to marry at 14 with a court’s permission. It could be rightly argued that at its time, the law was meant to safeguard the best interests of the girl child in a predominantly cultural setting, where it was normal for girls in particular, to be given in marriage not so much based on their age but on physical appearance and suitability evaluation for potential wife.

However, there is serious contradiction between that law and some aspects of the Sexual offences Special Provisions Act, 1998 (SOSP), which defines a girl as a female person under the age of 18 and generally incapable of engaging into consensual sex. SOSP also seeks to protect school age girls with those luring them into sexual acts being liable to very severe punishment, including life in jail for rape.

No Act of parliament is superior to another and it would appear that Tanzania actually operates two sets of laws that seem to serve quite opposite ends.

It is unclear as to why the CA apparently ignored petitions from gender based civil society for such a provision to be included in the new Constitution as a fundamental human right for both boys and girls.

All in all, the Zimbabwe judgement is bound to be an eye opener in many countries where child marriages are still considered cozy. In some, betrothal systems are still the only path to a future partner.

Finally, ending child marriages should not be considered merely as a legal matter. Over and above all, they should be seen as a culturally archaic practice with no place in 21st century Africa.

Times were when the offence of rape for example, was literally unheard of in Africa despite the fact that scantily dressed young girls moved about freely. The continent needs to rediscover that glorious past and use schools to remodel new attitudes on human family life values and sexuality in general.

ZIMBABWE - Birth and death are transitions that no one ever gets to know they were the object of the celebrations. That is how special marriage is. But across Africa, child marriages for girls, some as young as seven years old, rob women in general of the...
Share via
x
More Information