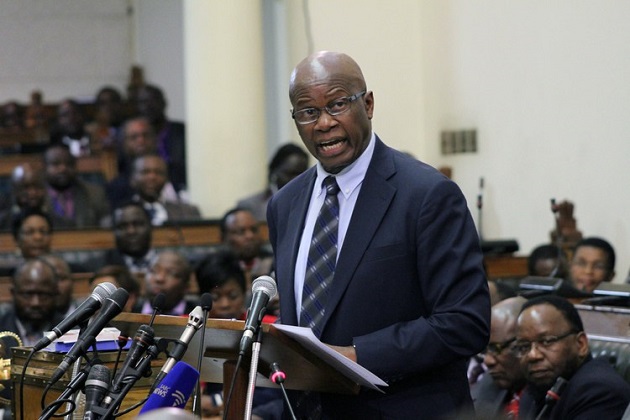 Minister of Finance Patrick Chinamasa’s Mid-Year Fiscal Review Statement in the National Assembly last Friday have all been annulled by government because all the proposals had no Cabinent approval.

The statement by Mushowe had obvious approval from Mugabe who arrived late afternoon on Tuesday from Zambia where he had gone to attend the inauguration of Edagr Lungu as president. The statement was disseminated to the media in the evening some few hours after Mugabe touched down at Harare International Airport.

The statement flies in the face of Chinamasa who is keen on impressing multilateral financial institutions pressing for government to institute fiscus reforms which including cutting down the bloated civil service. This is not the first time that Chinamasa’s reforms had beenpublicly rejected by Mugabe.

Last year, Mugabe publicly humiliated Chinamasa by reversing his decision not to award bonuses. Mugabe inisisted that Chinamasa had unilaterally made the announcements without Cabinent approval and consensus on the matter.

Zimbabwe’s economy is on a downward spirall with massive unempoyment and a large number of the populace turning to vending.

Minister of Finance Patrick Chinamasa's Mid-Year Fiscal Review Statement in the National Assembly last Friday have all been annulled by government because all the proposals had no Cabinent approval. In a brief statement, Information Minister Chris Mushowe...
Share via
x
More Information
x