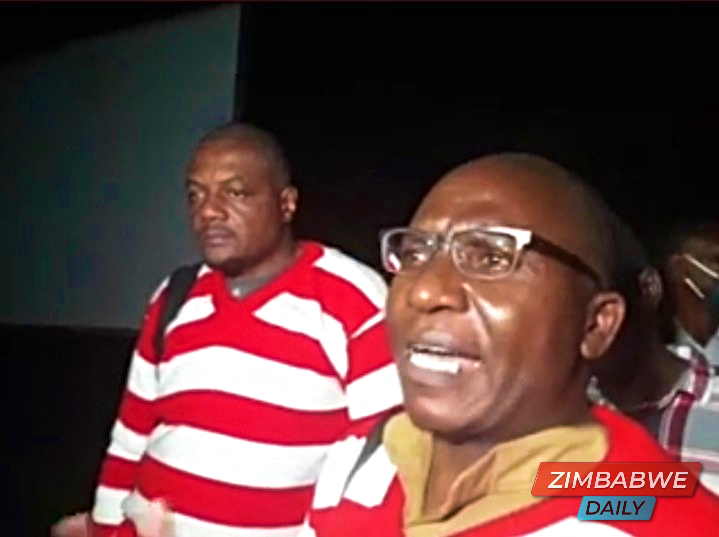 HARARE – Hopewell Chin’ono has vowed to keep fighting for a better Zimbabwe and said he is prepared to even die for the cause if need be.

He was speaking during his first TV interview with Cathy Mohlahlana of Newz Room Afrika, since his release from prison two days ago on bail.

Chin’ono had been in prison at Chikurubi Maximum Security Prison for more than a month now facing charges of inciting public violence after he called on Zimbabweans to participate in an anti-corruption demonstration against the government.

“I am mentally strong, I was in prison for six weeks and I guess the idea was to break my spirit and that of my colleague, Jacob Ngarivhume,” said Hopewell Chin’ono during the interview.

Hopewell described the prison conditions as horrible and that his experience in prison was actually a front row seat for him as a journalist to see the effects of corruption in Zimbabwe.

He described the prisons as concentration camps.

Chin’ono highlighted some of the deplorable prison conditions which include the the fact that prisoners are fed sadza and boiled beans or cabbage with nothing else all year round and that there is no running water inside.

“The prison cells are meant to cater for 16 people but they house over 44 people per cell and people can hardly turn while sleeping,” added Chin’ono as he was describing the prison conditions.

The prominent journalist also submitted that in the midst of a Covid-19 outbreak in prison, the state is being “economic with facts,” keeping some of the information from the inmates about what is going on. He also stated that when prisoners contracted Covid-19, they were simply isolated with no medication but just given hot water.

According to Chin’ono, there is also violence inflicted on prisoners as they are constantly beat up even for the slightest issues.

The recently released journalist described his continous denial of bail as a manifestation of a legal system being used to settle political scores and that there was concrete evidence that the call for his arrest actually came from the President’s Office.

Chin’ono denied the charges of public violence incitement, arguing he has always encouraged constitutional means of engaging the regime.

Chin’ono highlighted the anomaly in Zimbabwe that while he is incarcerated and sent to a maximum prison for exposing corruption, the person implicated in the corruption case is walking free in the streets.

The fearless journalist further argued his arrest was meant to instill fear among the young journalist so that they do not expose the regime.

He described the experience as traumatic for his family as most of them are outside the country hence could not see him but relied on news reports to know how he is doing.

Chin’ono said he will continue to fight for Zimbabwe’ emancipation and will not stop doing so.

He was recently released on bail with very strict conditions after spending more than a month in prison.

HARARE - Hopewell Chin'ono has vowed to keep fighting for a better Zimbabwe and said he is prepared to even die for the cause if need be. He was speaking during his first TV interview with Cathy Mohlahlana of Newz Room Afrika, since his release from priso...
Share via
x
More Information
x