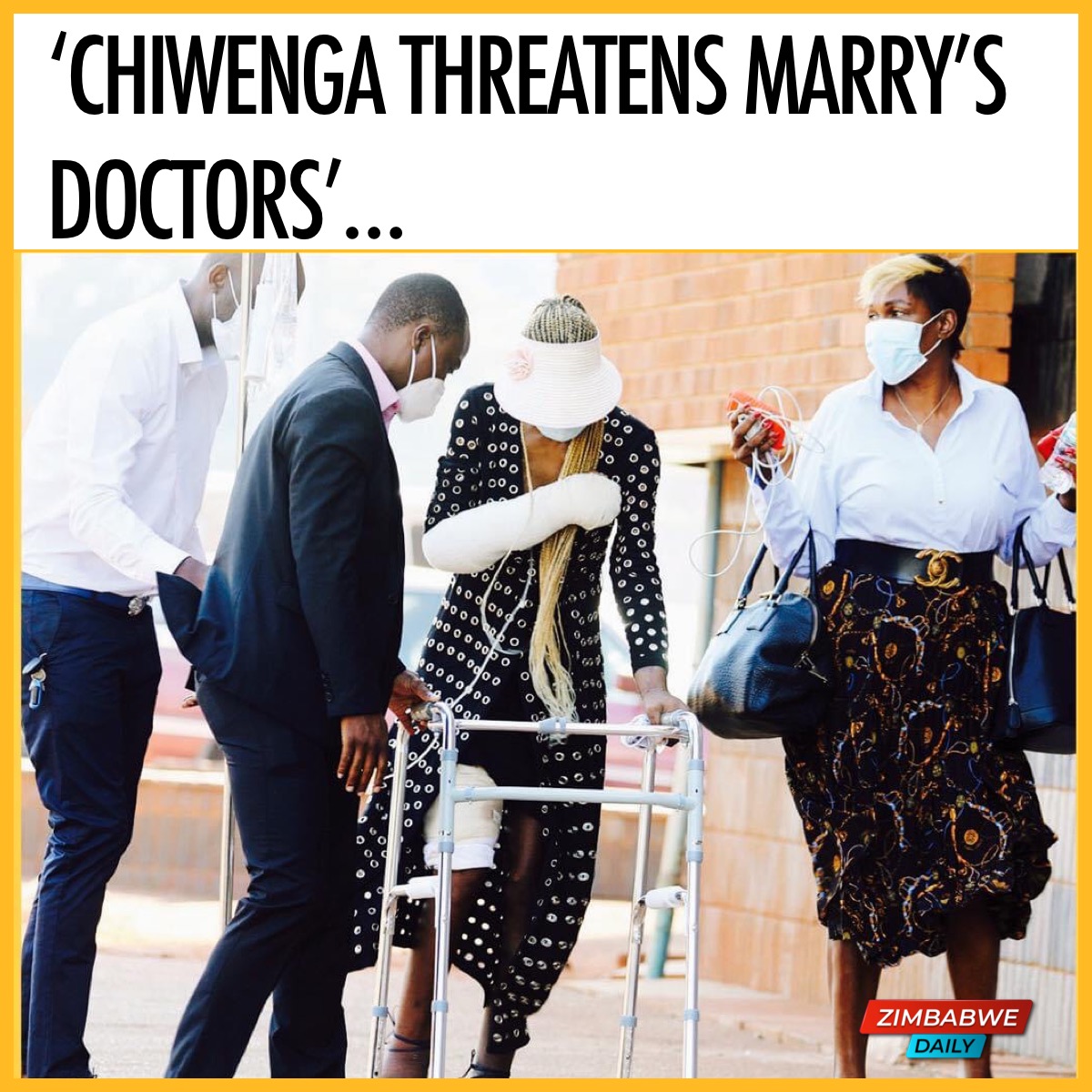 HARARE – Vice-President and Health minister Constantino Chiwenga is reportedly threatening medical doctors against releasing an affidavit for his estranged wife Marry Mubaiwa, who is seeking postponement of her cases at the courts due to poor health.

Chiwenga, in his capacity as Health minister, superintends over medical activities in the country.

Marry has also seen several applications for the release of her passport which would enable her to seek medical attention outside the country, being dismissed.

The court heard yesterday that several doctors approached by Marry had refused to give her a medical report, saying they were afraid of her powerful husband who is their boss.

Marry yesterday appeared in court with a drip fixed on a walker she uses for mobility. She is being accused of attempting to kill Chiwenga. She is also facing money-laundering, fraud and assault charges and is out on bail.

The former model is suffering from lymphoedema, an ailment which causes swelling of hands and legs.

Her lawyer, Beatrice Mtetwa, told the court that she could not stand trial and requested the court to postpone the matter for two months as the doctor who was attending to her had recommended a lengthy bed rest.

But the State, led by prosecutor Netsai Mushayabasa, opposed the application, saying Mtetwa did not submit any documents to prove her client’s illness.

Mtetwa in turn told the court that Marry could not get the medical report since all doctors who treated her were refusing to avail it fearing victimisation by Chiwenga.

She opted to have her client remove the bandages to prove to the court that, indeed, her client was suffering from an ailment

“We ask you to take a judiciary notice that the accused person’s husband is the Vice-President and the Minister of Health and all the doctors are too frightened to write that medical affidavit,” Mtetwa told the court.

RegisterToVOTE2023 HARARE - Vice-President and Health minister Constantino Chiwenga is reportedly threatening medical doctors against releasing an affidavit for his estranged wife Marry Mubaiwa, who is seeking postponement of her cases at the courts due to...
Share via
x
More Information
x