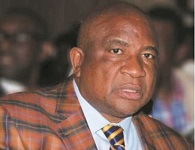 ZIMBABWE – New Zimbabwe Football Association (ZIFA) president Philip Chiyangwa is so discredited and corrupt that there would be no surprise if it emerged that the Warriors matches were being fixed, the opposition People’s Democratic Party (PDP) has said.

In a stinging statement Tuesday, the PDP’s spokesperson Jacob Mafume also accused President Robert Mugabe of running down the economy with the net effect being lack of sponsorship in Zimbabwean sports in general.

Match fixing has become a thriving criminal enterprise globally with billions exchanging hands each year and it will not be shocking if evidence is unearthed that Zimbabwe actually fixed matches at the CHAN tournament, Mafume said.

He pointed to Chiyangwa’s rush decision to pardon those convicted of the embarrassing Asiagate scandal as evidence the businessman could be involved in shady betting deals.

When Chiyangwa entered office he was quick to close the Asiagate saga and allowed all those involved to walk scot free, perhaps as precedence for what is to come in the near future, said Mafume.

Instead, Chiyangwa is investing his energy fighting competent football administrators such as Caps United vice president Twine Phiri out of the PSL and ZIFA board.

In his two months in office, Chiyangwa has shown that he is a popcorn administrator.

He said Zimbabwe’s team to the Chan tourney underway in Rwanda where it has lost its opening two matches was â€œde-motivated and ill-prepared.

The real blame for our sporting woes falls squarely on the failure of the Zanu PF government, Mafume added.

As noted above sports development requires serious investment from private corporate sponsors and given the general industrial collapse in Zimbabwe which Zanu PF has presided over such sponsors are nowhere to be found.

Companies that used to sponsor various sporting disciplines have either downsized operations or have completely shut-down hence there is no sufficient support for sporting activities in the country.

Indeed, we cannot expect to perform well in sport as a country when our economy is virtually dead, said Mafume.

He said Zimbabweans have also watched in horror as Cricket part-timers Afghanistan crushed Zimbabwe in tests and One Day International matches before drawing in the T20 format.

All these stories ring familiar bells in Zimbabwe’s,the PDP said.

The sad story in Zimbabwe football was the election of the corrupt and incompetent, Philip Chiyangwa, the new ZIFA President, to replace an equally incompetent, corrupt and clueless Cuthbert Dube.

The very election of Chiyangwa last December, whose track record in football administration is shadowy and untraceable, was the final nail to the coffin of football in Zimbabwe.

ZIMBABWE - New Zimbabwe Football Association (ZIFA) president Philip Chiyangwa is so discredited and corrupt that there would be no surprise if it emerged that the Warriors matches were being fixed, the opposition People's Democratic Party (PDP) has said....
Share via
x
More Information
x