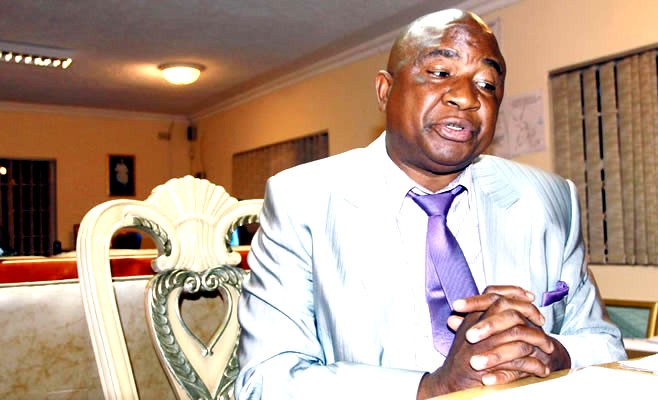 ZIMBABWE – POLICE in Harare have arrested an executive member of the Odar Housing Co-operative as the fight for ownership of Odar Farm between the housing consortium and businessman Phillip Chiyangwa deepens.Retired Colonel Patson Mabika was arrested by officials from the Police Law and Order Section on Saturday and is expected to appear in court today.

Police spokesperson Senior Assistant Commissioner Charity Charamba confirmed Mabika’s arrest, saying he was facing charges of illegally parcelling out land that did not belong to him.

The co-operative chairperson Benny Matenga told NewsDay yesterday that police had threatened to arrest 11 other members of the executive.

“Mabika is held by the Law and Order police. He was arrested in Cranborne on Saturday around 9am,” Matenga said.

The land dispute between the parties has been dragging on for a long time with Chiyangwa last week calling on the 8000 beneficiaries of the housing scheme to pay $150 each to him and get title deeds for the land.

The land initially belonged to Zimbabwe Tobacco Association (ZTA) before it was acquired by government on January 16, 2006 under deed of transfer 816/65.

Government then entered into an agreement with Odar Housing Development Project — a consortium of 56 companies led by Matenga — to develop a model housing project under government’s Garikai /Hlalani Kuhle programme in the same month. The disputed land is in Southlea Park.

In the 2006 agreement, government undertook to process title deeds for the consortium and never to allocate the land to anyone else. The acquisition was confirmed at the Administrative Court on December 16 2010 under case no LA 6065 and Justices Vernanda Ziyambi, Paddington Garwe and Yunas Ormerjee’s judgment on June 17 2013.

Chiyangwa, however, secured a title deed for the land on July 8 this year following two agreements he entered into with the Local Government ministry in February and April. This was after the businessman was allegedly given the power of attorney by ZTA in an affidavit signed by Andrew Roy Ferreira on January 29 2009.

Although Chiyangwa claims to have bought the land, the title deed for the land indicate that he was given the property for free. The deed gave Chiyangwa power to directly demand compensation from beneficiaries of Odar Farm despite the fact that the January 2006 agreement between the consortium and government was still in force.

The affected residents have also reported Local Government permanent secretary George Mlilo and a principal director in the same ministry, Retired Colonel Joseph Mhakayakora to the police for alleged abuse of office emanating from the manner in which they handled the land wrangle in favour of Chiyangwa.

Back off: Mujuru tells army

Biti : Another Zimbabwe Is Possible

ZIMBABWE - POLICE in Harare have arrested an executive member of the Odar Housing Co-operative as the fight for ownership of Odar Farm between the housing consortium and businessman Phillip Chiyangwa deepens.Retired Colonel Patson Mabika was arrested by of...
Share via
x
More Information
x