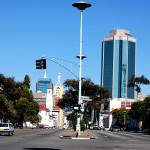 The Bikita West Zanu PF legislator has also claimed Bonyongwe’s wife and Zimbabwe Revenue Authority (Zimra) chairperson, Willia, and Gono were working on an elaborate plot to destroy his business empire and have all his bank accounts garnished.

Kereke yesterday alleged he was being punished for, among other things, stopping Gono and the CIO boss from selling the RBZ’s Fidelity Printers for a song to prominent Chinese national and billionaire, Sam Pah, who is presently in the jail in China on fraud allegations.

Pah reportedly has strong business links with the CIO.

Kereke conceded that he was now financially incapacitated to hire a lawyer to represent him in a matter where he is being privately prosecuted for indecently assaulting and raping two minors.

The Zanu PF legislator made the revelations yesterday when he appeared unrepresented at the Constitutional Court after his lawyers, Makiya and Partners, renounced agency.

In his submissions, Kereke said his financial position had been worsened by Willia, whom he said was working in cahoots with her husband and Gono to financially incapacitate him.

“I have been thrust into a situation where all my financial services have been garnished by Zimra to a point where I am unable to fund senior counsels, as they had already prepared to argue the matter on my behalf,” he said, while seeking an indefinite postponement of his constitutional application challenging private prosecution.

“The action by Zimra is a direct attempt to cripple and disable me from attaining justice as a citizen of this country. On its own, Zimra issued a purported tax bill that has no merit and this was done by Willia Bonyongwe, the wife of the director-general of CIO, Happyton Bonyongwe.”

Kereke said Zimra had issued him with a huge tax bill after he filed a police report against Bonyongwe and Gono over an undisclosed sensitive crime allegedly committed by the pair.

“On November 6 last year, I had made a formal report to the police under IR110334, whereupon I was urging the police to carry out investigations against Happyton Bonyongwe, Gono and CIO director for economic research, Jimias Madzingira,” he said.

“The crimes for which I made a report are of a serious nature and it is against this background that the application before this court is being meddled by Zimra to disable me from being able to deal with this matter.”

Kereke told the court that Zimra had gone to the extent of garnishing his salary from his personal bank and even ordering him to pay tax for a farm owned by the Johanne Marange apostolic church, where he is just a member.

“Surprisingly, Zimra has assessed tax for a farm for Johanne Marange in Mashonaland West and put the bill in my individual personal account. It has become political and personal,” he said.

After presenting his submissions, the Attorney-General’s representative, Olivia Zvedi and lawyer Charles Warara, who is representing the interests of the alleged rape victim in the criminal case against Kereke, also made submissions and the matter was eventually postponed indefinitely.