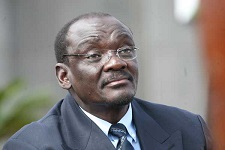 ZIMBABWE – The government last year quietly paid Central Intelligence Organisation (CIO) operatives their annual bonuses, yet postponed, several times, paying the salaries of civil servants, only releasing the payments yesterday, a development that is likely to spark a rebuke from other public sector workers.

“The CIO are treated differently because their finances and salaries are not handled by the Civil Service Commission, but the President’s Office and no one, other than the director-general of the President‘s Office, controls the budget.”

State Security minister Kembo Mohadi declined to comment on the matter saying: “That is an operational issue that I cannot discuss with you.”

At law, experts said, the CIO should be regulated by an Act of Parliament dealing with the secret services, but almost three years since the adoption of the new Constitution, President Robert Mugabe’s administration is yet to table such a law before the National Assembly for debate.

Civil servants’ associations have already demanded that the government give them a specific date for the payment of their bonuses, as Mugabe promised, and revelations that CIO members had received their 13th cheque are likely to embolden the government workers.

The Apex Council, an umbrella body for civil servants’ associations, is set to meet with government representatives today, where they are likely to demand that the employer proclaim a date for the payment of bonuses.

The public workers are also peeved by the government’s decision to unilaterally deduct between $40 and $50 from their salaries.

“We are currently in a meeting finalising our demands with government,” Apex Council president, Richard Gundane said.

“We also want a satisfactory explanation from our employer as to why they deducted $40 from our members without consultation.
We believe we deserve respect as workers. It is high time we got our welfare as a priority and government has to act accordingly.”

Since 2009, the government has not been deducting pensions from its workers, but the deductions were reintroduced last month as part of moves to rationalise the public service, much to the chagrin of civil servants.

Acting Public Service and Social Welfare minister Lazarus Dokora was yet to respond to questions sent to him on when civil servants would get their bonuses. As the Apex Council was meeting ahead of today’s meeting, long queues outside banking halls were a feature in parts of Bulawayo and Harare.

Nurses said they would never accept any late payments of salaries and demanded an unconditional apology from the government.

In a joint statement, the Zimbabwe Hospital Doctors’ Association and the Zimbabwe Nurses’ Association said it was “unacceptable for health workers to be paid today (yesterday) after going through a horrendous festive season and had reached alarming levels of socio-economic deprivation”.

“We maintain that such levels of irresponsibility and uncaring attitudes should be discarded forthwith and health workers must regain their good status in society,” the associations stated in the statement.

The delay in payment of the salaries had affected service delivery the most at State-run hospitals, as the health workers embarked on an unsanctioned industrial action.

The associations said their members would “never accept our salaries in any month that is outside the timeframe worked.
Salaries are a basic right and they must never be postponed to a different month.

“We demand an unconditional apology from the employer for the hardships we have endured as a result of their recklessness and juvenile planning.”