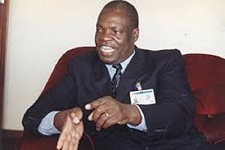 A recent full council meeting had resolved that the Director of Works Engineer Phillip Pfukwa approach well known churches which have a huge following for help.

“The Director of Works was further requested to approach prominent churches, private sector and individuals to donate in kind and materials to assist in provision of refuse collection, road patching and public lighting,” read recent minutes.

To confirm Harare’s financial challenges in those areas, Eng Pfukwa told the same Full Council meeting that they were not doing all they can in terms of pothole patching because of financial constraints.

“Currently we are doing all we can in terms of pothole patching.

“We are having a problem with resources.

“We are still engaging with ZINARA (Zimbabwe National Road Administration) as they have started giving us something to deal with that area because finances are really a problem,” revealed Eng Pfukwa.

This comes as Harare is increasing its partner base as it is currently facing challenges to deal with litter, which poses a major threat in the municipality’s drive to achieve its vision for a World Class City Status by 2025.

City fathers have engaged several partners to try and deal with the litter eyesore and their efforts have even included school kids, churches among other several partners.

The city would be “carrying out joint anti-litter awareness programmes with EMA and training anti-litter monitors in areas which were being cleared.

“Develop partnership and seeking assistance in kind from relevant and various stakeholders for the provision of equipment and materials and to date 130 letters had been sent out with some encouraging responses.

“Decentralising Waste Management operations to the various districts and repair and maintenance of equipment being upped to increase availability.

“Delays had been due to security at overnight holding sites and the down time of the equipment.

“Creating an accessible landfill site and light it up for night uses,” revealed council minutes.

And it was revealed that the police were called in to be part of the clean up exercises to “ensure enforcement and general security throughout the clean-up.”

And it was also added that the Zimbabwe Prison Services had also been assisting in the exercise by “availing 15 prisoners to sweep all the trunk routes.”

It was stressed that the clean up should be done in all wards as it seemed that some were being favoured more than others and that for the massive exercise to work, more plant and equipment had to be sourced.