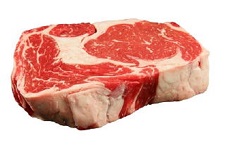 ZIMBABWE – The Harare City Council’s move to have staff a rationalisation exercise at its health centres seems to have backfired, it has been established.

This follows observations by the Audit Team which visited seven city of Harare Health Centres where long queues were observed.

It was noted that the “long queues were still in existence and causes were, the reduction in the staff compliment by a total of 173 employees due to retirement age limit recently introduced through council rationalisation program.

“The staff reduction affected both supervisory and operational staff performance quantitatively and qualitatively.

The Audit Committee observed that “there was need for an audit exercise on the rationalisation process to ascertain its impact and whether the council had benefitted from the exercise.

“The acting Town Clerk reported that Heads of Department were working with consultations in addressing its impact and coming up with a working structure.”

And as a result, the Audit Committee tasked Audit Manager Joseph Issa to investigate “what was the objective of rationalisation exercise and was it met?

“What were the effects (and) other challenges,” revealed recent minutes.

Director of Health Services Dr Prosper Chonzi was asked by the same committee to “ensure that staff in Clinics and Hospitals had staggered tea and lunch breaks to ensure that patients were attended to all the time.

“He was further advised to ensure that generators were procured for each centre to mitigate power stages,” added the minutes.

And Dr Chonzi revealed that he would urgently work on what had been suggested.

ZIMBABWE - The Harare City Council’s move to have staff a rationalisation exercise at its health centres seems to have backfired, it has been established. This follows observations by the Audit Team which visited seven city of Harare Health Centres where...
Share via
x
More Information