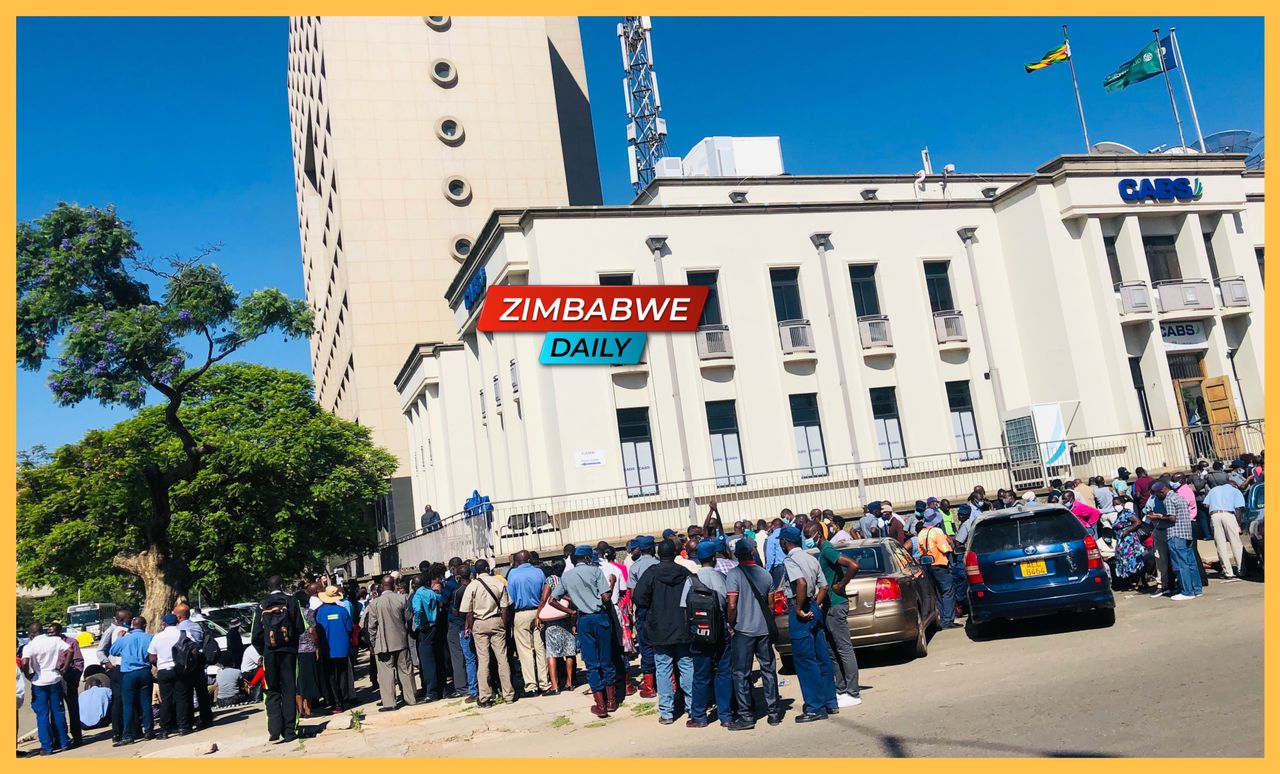 HARARE – Civil servants were smiling all the way to the bank yesterday as they started receiving their bonuses in foreign currency.They are receiving up to a maximum of US$700 and civil service pensioners are receiving US$100 per individual after President Mnangagwa decided on a once-off cushion following challenges experienced this year due to exchange rate fluctuations.

Those on pay scales requiring more than US$700 are getting the balance in local currency. Government is expected to pay out over US$90 million.

By October, the country had recorded US$7,2 billion in foreign currency receipts, resulting in a positive current account of about US$1,7 billion, that is more foreign currency had come in than had been spent.

The Minister for Public Service, Labour and Social Welfare, Professor Paul Mavima said he had received confirmation from Treasury that some civil servants had started withdrawing their bonuses.

“Government has stuck to its promise of paying civil servants their bonuses and in foreign currency. Today (yesterday) some started withdrawing the hard currency bringing a lot of cheer to the civil servants.

Yes, there might be operational challenges which saw some failing to withdraw their money but I got confirmation from the Treasury to the effect that their accounts have been credited with the foreign currency,” said Prof Mavima.

He said the bonuses in foreign currency were aimed at boosting civil servants’ finances following the erosion of their salaries.

“We are happy that they started receiving their bonuses in foreign currency. Government has honoured its promises and we are now looking forward to more discussions on how we can improve the civil servants’ condition of service,” said Prof Mavima.

He urged the Apex Council, the union of all civil servants, to remain committed to dialogue under the National Joint Negotiation Council (NJNC).

“Government is aware that the worker’s morale has been low because salary gains have been eroded by inflation. We call upon the Apex Council to remain committed to dialogue so that we can continue negotiating to find ways and means to improve the conditions of service,” said Prof Mavima.

The Government, he said, will remain committed to improving the welfare of civil servants through salary increments and also non-monetary benefits.

“President Mnangagwa today (yesterday) commissioned buses and 11 of the buses were allocated to the Public Service Commission for use by civil servants in the provinces. Two of the buses went to the prisons and that is just an indication of how much the civil servant’s welfare is valued by Government,” said Prof Mavima.

Apex Council deputy secretary-general Mr Gibson Mushangu commended Government.
“We want to appreciate the Government for honouring its pledge that it will pay all civil servants bonuses in foreign currency.

We want to appreciate that the Government has honored this agreement. We have received reports from some civil servants that their accounts have been credited with the bonus. In some sectors, some are still to receive and we believe it’s just a technical issue. So going forward it is our desire that the Government keeps honoring agreements negotiated in the NJNC. We will always call for the Government to pay us salaries in foreign currency,” he said.

In Bulawayo, there were long queues at some banks as civil servants withdrew their bonuses in foreign currency.

When a Chronicle news crew visited the ZB, Steward and CABS banks, pensioners and some civil servants were excited as they were collecting their bonuses in cash from the banks.

Mr Colleen Sibanda said they feel honored and appreciated as they received their bonuses on time and in forex.

“I would like to thank our Government led by President Mnangagwa for paying our bonuses on time. The bonuses will go a long way in helping us to buy food, and pay pupil’s school fees. We are very grateful and we are also encouraging Government to do the same next year,” he said.

Mr Sibanda said not everyone has children in the diaspora and the Government move allowed them to access to foreign currency.

A pensioner, Mrs Sandra Moyo (68), who was queuing at ZB Bank told Chronicle that she just came from rural areas to visit her relative when she picked news that the forex bonuses were being given.

She said she appreciates the Second Republic’s efforts and she would use the money to buy her farming inputs.

“I am from Inyathi and I was visiting one of my relatives and I saw people queuing at the banks then I had to ask what could be happening and I was told that pensioners are getting their bonuses in forex. It shocked me. I then diverted and joined the queue to collect my money first lendlala isiphelile khonapho,” said Mrs Moyo.

Since January, Government has been making regular salary adjustments to its employees while pension payouts have also been adjusted to cushion pensioners. In July civil servants received a salary increase of between 45 and 50 percent.

The increase came after in April, Government had made another increase of 25 percent in addition to a host of non-monetary benefits. Government has also indicated that it will soon meet civil servants’ representatives to discuss new salary levels and other non-monetary issues.

There have been loans that have been available to civil servants so that they can start businesses.

There was also a vehicle scheme to import vehicles duty free. It has been rolling for about 10 years and is pending renewal.

JUST IN: Chiwenga To Receive The First Covid-19 Vaccine Shot

HARARE - Civil servants were smiling all the way to the bank yesterday as they started receiving their bonuses in foreign currency.They are receiving up to a maximum of US$700 and civil service pensioners are receiving US$100 per individual after President...
Share via
x
More Information
x