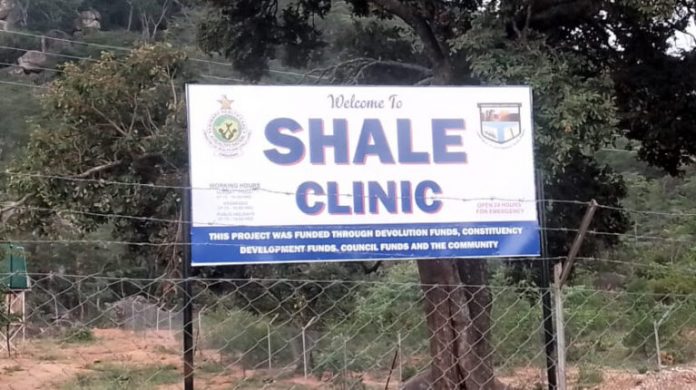 MATEBELELAND SOUTH – Shale clinic in uMzingwane district, Matabeleland South has temporarily shut down after nurses complained of being sexually assaulted by invisible creatures at the institution. The clinic was commissioned in February this year.

Villagers used to walk several kilometres, some to as far as Esigodini to access health services before the clinic was opened.

Teachers at nearby schools are reportedly also being sexually assaulted.

It is alleged that male nurses wake up with their private parts swollen while females wake up outside their rooms naked.

Former Shale Secondary School students told Southern Eye that there were stories about goblins causing havoc in the area.

“We are not surprised to hear that the clinic was closed down because we used to hear some strange noise at night when we went to camp at school for scripture union conferences.

“Some students would scream claiming that they would be seeing a tall man in black clothes,” Lindokuhle Mpofu said.

A villager, Faith Ndlovu said nurses were not the only victims of the creatures as villagers were also complaining about the same issue.

“Some elders used to complain that they dreamt being sexually molested and when they woke up their private parts would be wet.

“There are rumours that nurses, who used to work at the clinic, got sick after having been molested by goblins,” she said.

“I will send someone to attend to the matter. Currently I am in a meeting and will send responses once I receive a response from the person I would have assigned,” she said.

Shale councillor Alice Dube was not reachable for a comment.

Last year, villagers in Matabeleland South asked prophets to come and exorcise their villages and this resulted in many losing livestock to the tsikamutandas. –

MATEBELELAND SOUTH - Shale clinic in uMzingwane district, Matabeleland South has temporarily shut down after nurses complained of being sexually assaulted by invisible creatures at the institution. The clinic was commissioned in February this year. Village...
Share via
x
More Information