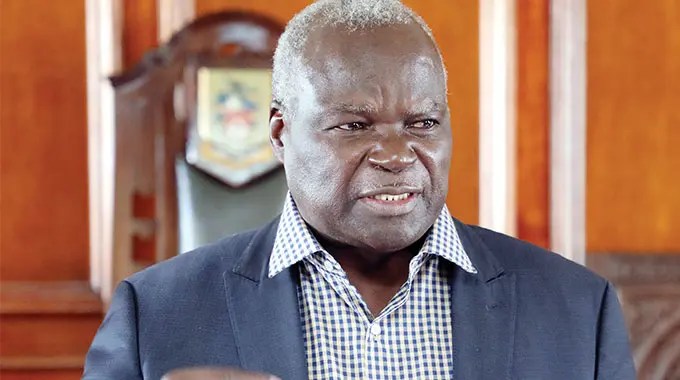 HARARE – The Minister of Local Government and Public Works July Moyo has ordered the Harare City Council to set aside the resolution to suspend the controversial Pomona Waste to Energy deal with Georginix BV.In a notice to Harare City Council,July Moyo argued that the suspension of the deal by the council was null and void as the council had no powers to suspend the deal as it require the termination by mutual consent.

“In terms of your contract, the passing of a resolution does not in any way expunge the obligations set out in the contract by operation of law. The obligations remain pending unless and until a consensus is reached by the contracting parties.“Needless to say, the failure and or neglect to pay the May invoice has serious repercussions, not only with respect to council’s obligations, but also on Government who is the Guarantor of the project.

Your failure and or neglect to pay has resulted in accumulation of arrears including interest due to the project,” he saidThe city council led by Mayor Jacob Mafume passed a resolution to suspend the controversial deal until investigations have been completed.The deal is set to cost the cash strapped council a whooping US$22 000 daily in fees to dump waste at Pomona.

Recently the Albanian company which is at the centre of the controversial deal wrote to the council demanding US$750 000 in bills for service rendered to the council for the month of May. However Jacob Mafume said that the council would not pay the fees.The Pomona Waste to Energy deal has attracted condemnation from the public with the Combined Harare Residents association calling for the City of Harare to terminate the controversial Pomona waste management deal as it was costing the city a lot of money.The deal has already affected service delivery since May.

Garbage collection company Clean City Africa a part of the Econet Zimbabwe group h suspended waste collection services due to the high charges at the Pomona Dump site which the residents own.

HARARE - The Minister of Local Government and Public Works July Moyo has ordered the Harare City Council to set aside the resolution to suspend the controversial Pomona Waste to Energy deal with Georginix BV.In a notice to Harare City Council,July Moyo arg...
Share via
x
More Information