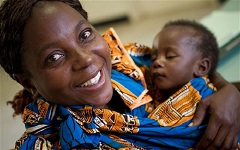 ZIMBABWE – Sections of the Labour Act, which only allow women of at least one year service in an organisation to enjoy the right to fully-paid maternity leave and giving employees a maximum of three periods of maternity leave with one employer, have been contested in court.

The General Secretary of the Civil Service Employees Association Ms Emelda Mhuriro approached the Constitutional Court arguing that the particular sections of the Labour Act were discriminatory and in violation of the Constitution.

She said Section 65(7) of the Constitution of Zimbabwe guaranteed unlimited right to maternity leave to all female employees, but Section 18(1) and (3) of the Labour Act and Section 39(1), (3) and (4) of the Public Service Regulations, Statutory Instrument 1 of 2000 set conditions for the enjoyment of the right, thereby discriminating against newly employed women.

To that end, Ms Mhuriro, on behalf of the civil servants and other employees at large, argued that the laws were unconstitutional and that they should be struck off.

She approached the Constitutional Court through her lawyer Mr Caleb Mucheche of Matsikidze and Mucheche Legal Practitioners.

Section 65(7) of the Constitution reads: “Women employees have a right to fully paid maternity leave for a period of at least three months.”

Ms Mhuriro argued that in terms of that section of the Constitution, the right to fully paid maternity leave was unlimited and the conditionalities set in the labour laws were in violation of the supreme law of the country.

“(1) Unless more favourable conditions have otherwise been provided for in any employment contract or in any enactment, maternity leave shall be granted in terms of this section for a period of ninety-eight days on full pay to a female employee who has served for at least one year; and,

(3) A female employee shall be entitled to be granted a maximum of three periods of maternity leave with respect to her total service to any one employer during which she shall be paid her full salary.”

The Ministers of Public Service, Labour and Social Welfare; Justice, Legal and Parliamentary Affairs; Women’s Affairs, Gender and Community Development and the Attorney-General were listed as respondents in their official capacities.

Ms Mhuriro, in her founding affidavit, argues that Section 18(1) and (3) of the Labour Act violates women employees’ rights in general – the right to fully-paid maternity leave, while Sections of the Public Service Regulations SI 1 of 2000 violates the right of female civil servants to maternity leave.

“In my personal capacity as a female employee and the General Secretary of the Civil Service Employees Association, I contend that my constitutional right to fully-paid maternity leave enshrined in Section 65(7) of the Constitution is infringed upon by Section 18(1) and (3) of the Labour Act,” she said.

“In my capacity as the General Secretary of the Civil Service Employees Association, which has affected female members, I further submit that Sections 39(1), (3) and (4) of the Public Service Regulations, SI 1 of 2000 infringe upon female employees of the public service’s right to fully-paid maternity leave afforded and protected in terms of Section 65(7) of the Constitution of Zimbabwe.”

Ms Mhuriro argued that the limitations to the right to maternity leave occasioned by the labour laws was discriminatory in nature.

“It is my submission that the limitation of the right to maternity leave in both the Labour Act and the Public Service Regulations run counter to the anti-discrimination provisions embedded in Section 56 of the Constitution of Zimbabwe,” she said.

It is Ms Mhuriro’s argument that the alleged violations of the right to maternity leave was contrary to the International Labour Organisation’s conventions on maternity leave and rights of women/female employees, and the international law on the protection of women’s rights.

She further argued that the said violation was not reasonably justified in a democratic society.

Government is yet to respond to the Constitutional application.

ZIMBABWE - Sections of the Labour Act, which only allow women of at least one year service in an organisation to enjoy the right to fully-paid maternity leave and giving employees a maximum of three periods of maternity leave with one employer, have been c...
Share via
x
More Information