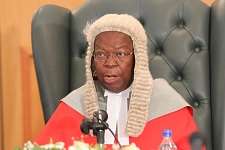 ZIMBABWE – Journalists who criminally defame people in the discharge of their duties will now not be arrested following a Constitutional Court ruling yesterday that Section 96 of the Criminal Law Codification and Reform Act criminalising the act is a dead law.

Chief Justice Godfrey Chidyausiku, sitting with eight other judges, granted an application by the Media Institute of Southern Africa (Zimbabwe Chapter) and ruled that the law has since its promulgation in 2004, been invalid.

The Constitutional Court court held that the 2015 judgment issued in the criminal defamation challenge by former Standard Newspaper editor Nevanji Madanhire was binding even in terms of the new Constitution.

“It is declared that:

“Having been declared as inconsistent with Section 20(1) of the former Constitution in the judgment of this Honourable Court in Madanhire and Another Versus the Attorney General CCZ2/15, Section 96 of the Criminal Law (Codification and Reform) Act (Chapter 9:23) was not an existing law as defined in Section 1 of the 6th Schedule to the Constitution of Zimbabwe.

“Accordingly, for the avoidance of doubt, Section 96 of the Criminal Law (Codification and Reform) Act is void and not part of the said enactment,” the court ruled.

The judgment was granted following concessions by a chief law officer in the AG’s Office Ms Venrandah Munyoro that criminal defamation was indeed a dead and invalid law.

Advocate Thembinkosi Magwaliba, instructed by Mr Tawanda Nyamasoka of Atherstone and Cook Legal Practitioners, appeared for the journalists, while Ms Munyoro represented the AG and the Minister of Justice, Legal and Parliamentary Affairs.

Advocate Lewis Uriri appeared as the friend of the court in the proceedings.

Appearing before the nine-member bench, Adv Magwaliba argued that earlier declaration that criminal defamation was an insult to the old Constitution merely communicated that the law was invalid since the promulgation of the Criminal Code in 2004 and that it never lived.

“The death (of the law) did not arise as a result of the Madanhire judgment, actually the law never lived and the new Constitution could not have carried over a dead law,” he said.

Ms Munyoro conceded that the law was invalid.

“I will concede that in terms of the former Constitution, Section 96 never lived at all and was never a law,” she said.

Speaking after the court ruling, Adv Magwaliba said the decision of the court marked the end of the arrest of journalists or any other persons on criminal defamation charges.

“So, today’s judgment removes the uncertainty and declares that Section 96 of the Criminal Code was an invalid and void law since 2004. It had no force and effect and it was never a valid law, hence no one should be arrested in terms of that law.”

Adv Uriri concurred with Adv Magwaliba, adding that no one must be arrested for criminal defamation in Zimbabwe.

In a unanimous decision of the Constitutional Court last year, criminalising defamation was in violation of the people’s right to freedom of expression and has an effect of muzzling the media.

The court ruled that suing for defamation damages at the civil court would adequately protect the masses from defamation.

ZIMBABWE - Journalists who criminally defame people in the discharge of their duties will now not be arrested following a Constitutional Court ruling yesterday that Section 96 of the Criminal Law Codification and Reform Act criminalising the act is a dead ...
Share via
x
More Information