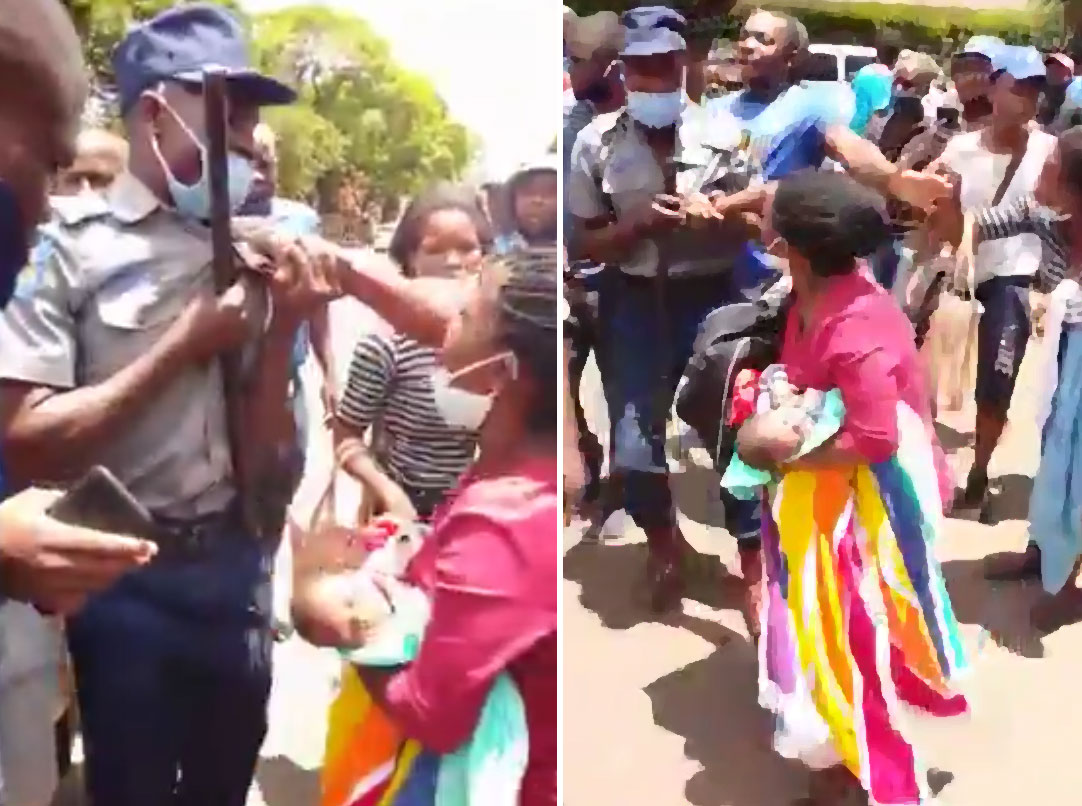 HARARE –  A police officer in Harare reportedly killed a nine-month-old baby who was strapped on her mother’s back while dispersing people from a bus stop.

Reports say the officer struck the minor who was on her mother’s back with a button stick leading to the death of the baby.

The incident is said to have occurred on Monday when the officer was patrolling around Second Street where the public usually boards Bindura bound transport.

In a video that has since gone viral, the baby’s mother is seen holding the baby and wrestling with the said officer while a mob is jostling with the two.

Commenting on the issue, Information Ministry permanent secretary Nick Mangwana said the police have not yet received reports of a baby that has been killed.

“We have checked and so far Zimbabwe Republic Police have no report of a baby that has been killed. Maybe they receive one later but nobody is yet to report a dead baby. They said they are investigating the skirmishes in this video,” said Mangwana.

However, the video has already sparked outrage with the public demanding that the authorities immediately deal with the police officer.